Some months ago I decided to remove the Akrapovic carbon racing exhaust from my Honda CBR125R, because I thought that the sound was a bit too loud (it did not have the "dB killer" baffle installed). Therefore, at first I mounted the original exhaust, the one visible in the picture below.

However, after some months passed, I realized that I could not resist to the attractiveness of the "Akrapovic sound" for a long time. If you ever had an Akrapovic exhaust on your motorcycle, for sure you know what I mean. Therefore, yesterday, when I did maintenance on my motorcycle, I finally decided to re-install the Akra. 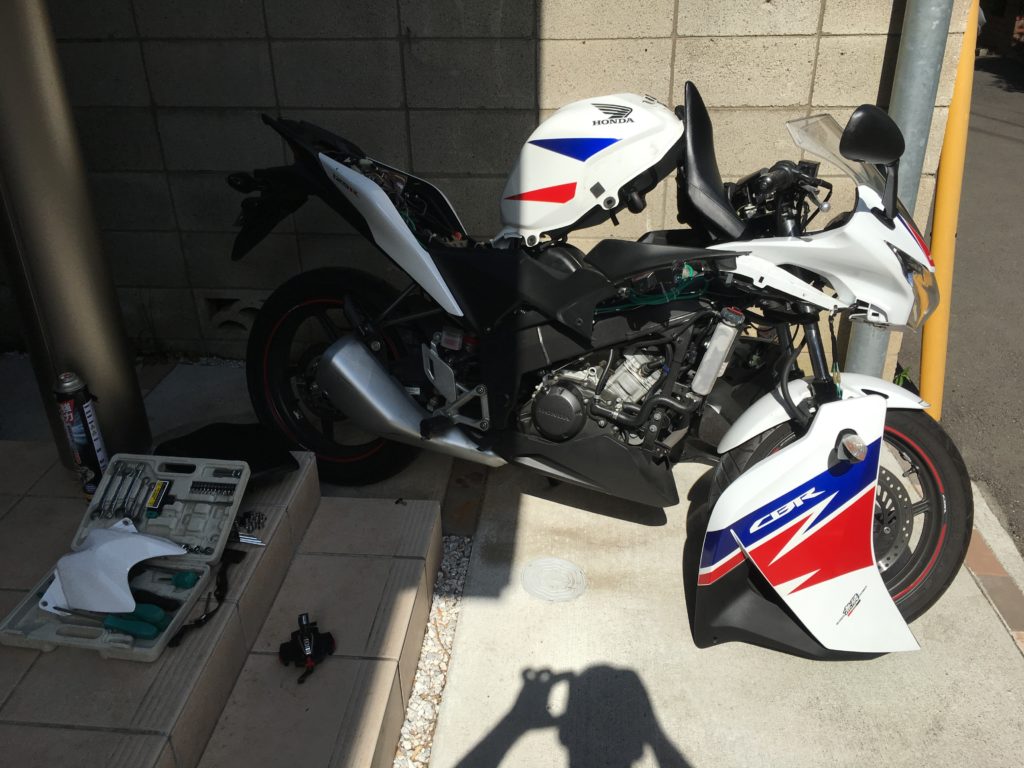 In addition to exchange the exhaust, I also did a quick check to the air circuit (air filter and intake manifold), to make sure that there was no leakage. In the past I used to have a conic filter instead of the original one (the black box visible in the picture below). But due to turbulence, the engine was not stable (running smooth) at low rpm, and when quickly accelerating. For this reason, I decided to mount the original airbox once again. And I have to say that, at least in my opinion, the airbox is the best choice. 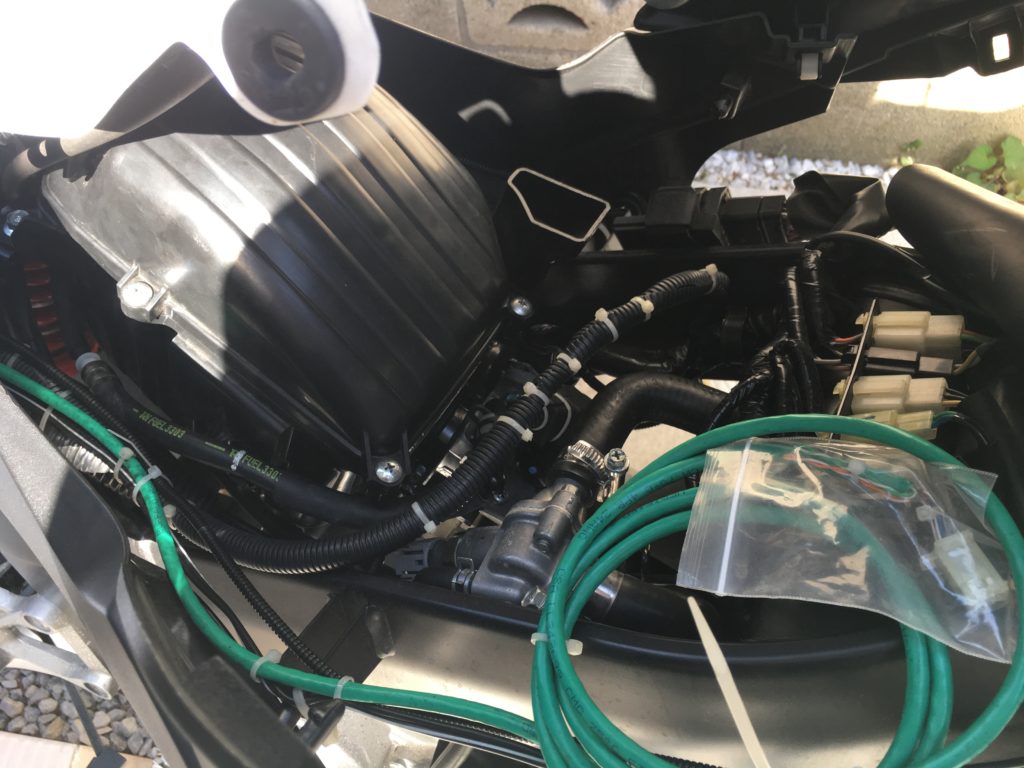 I had to remove many parts, to check the air filter and exchange the muffler. First of all, I had to remove the old original exhaust pipe, as shown in the picture below. 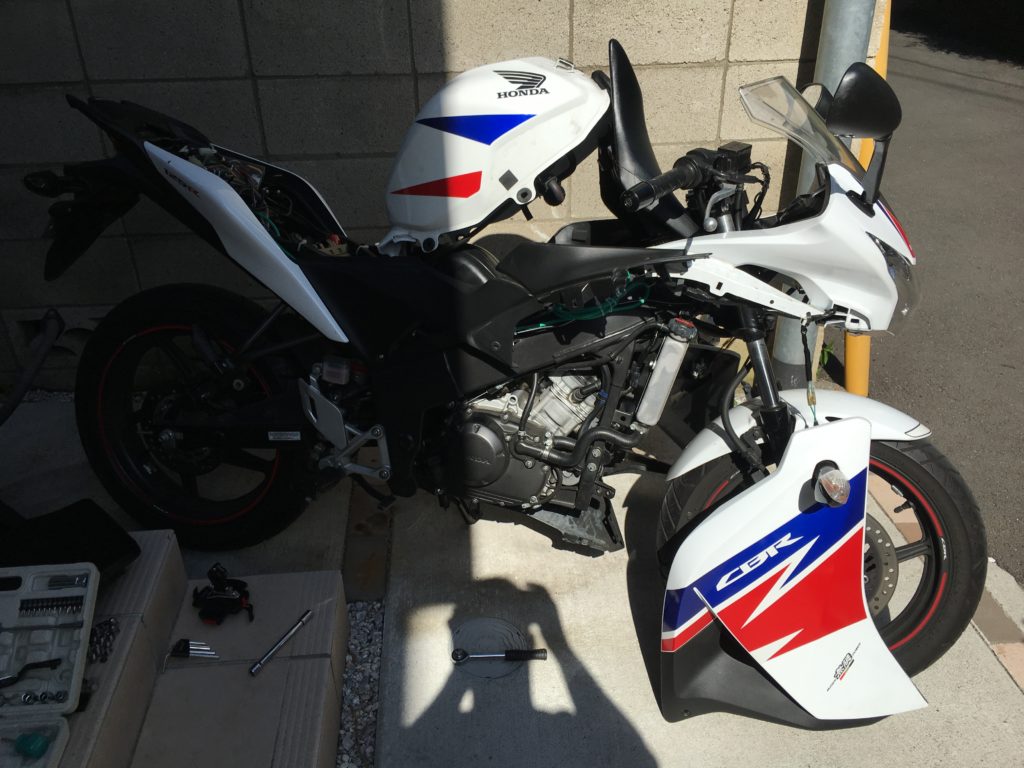 After that, I mounted the first part of the Akrapovic carbon exhaust. Honestly, I was tempted to start the engine and hear how it sounds with just this pipe, but I did not do it. I can imagine that it would have been something like the "bosozoku" sounds that I often hear here in Japan. 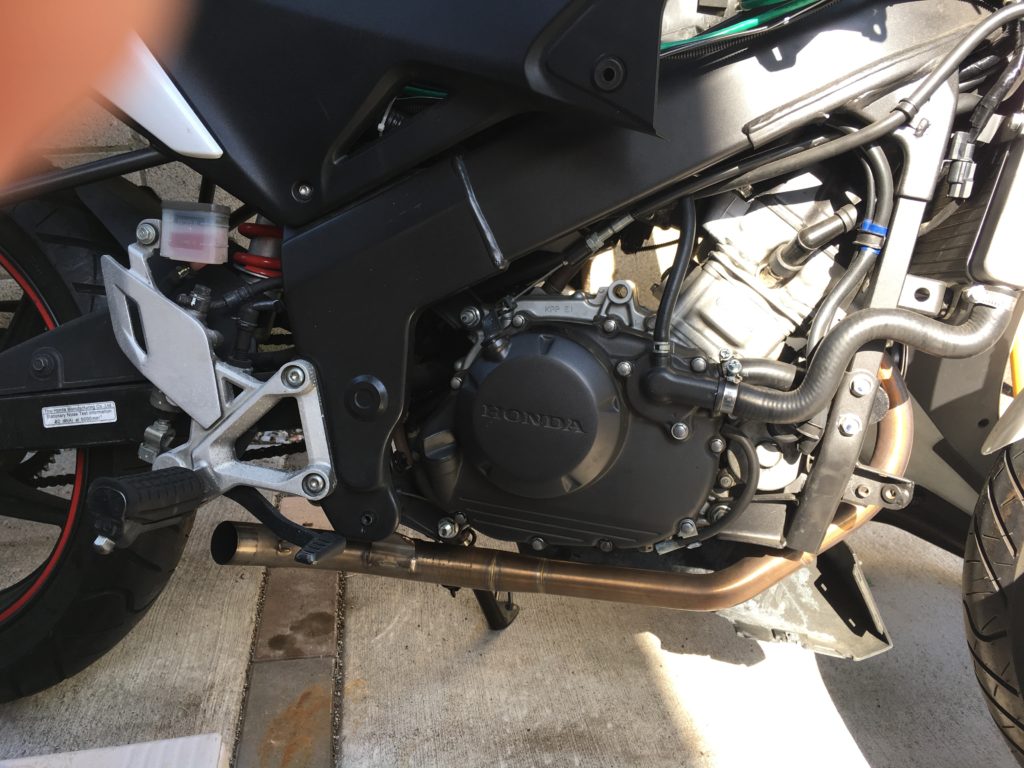 After assembling all parts of the exhaust, the motorcycle looks like this. After that, I just had to mount the covers once again. 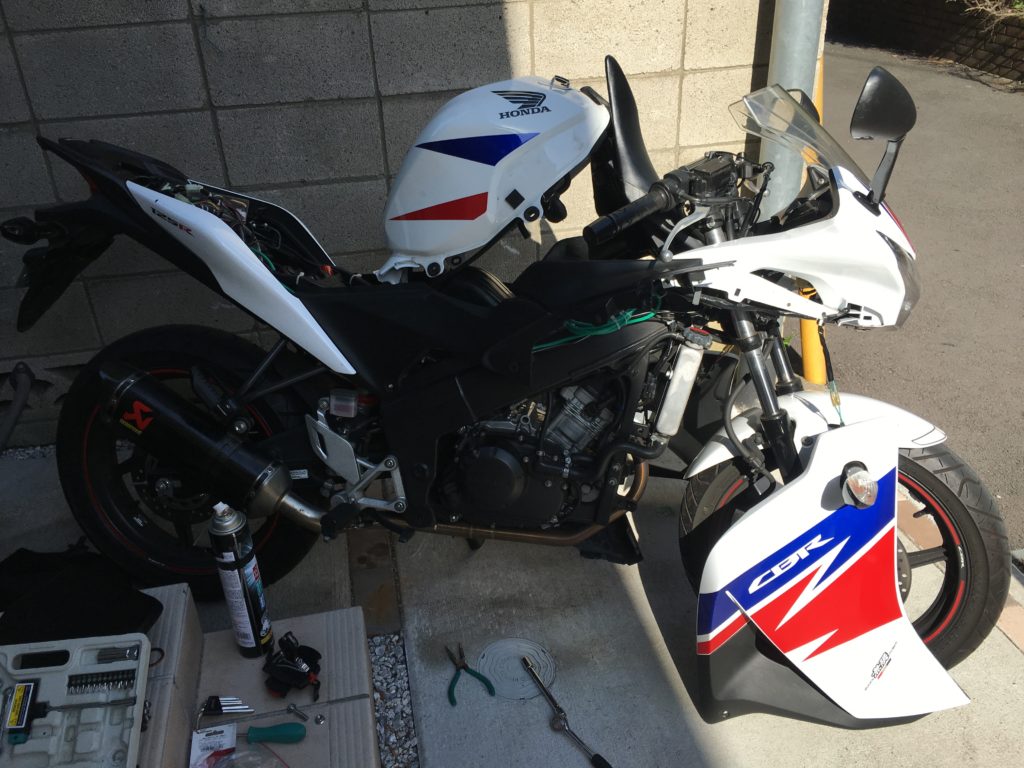 And finally, this is how "the little beast" looks like. Honestly, with this Akrapovic after-market carbon racing exhaust, my Honda CBR125R looks way better than before. And also, the sound is a bit loud if you remove the "dB killer" baffle, but if you keep it as I did, it is more than acceptable. 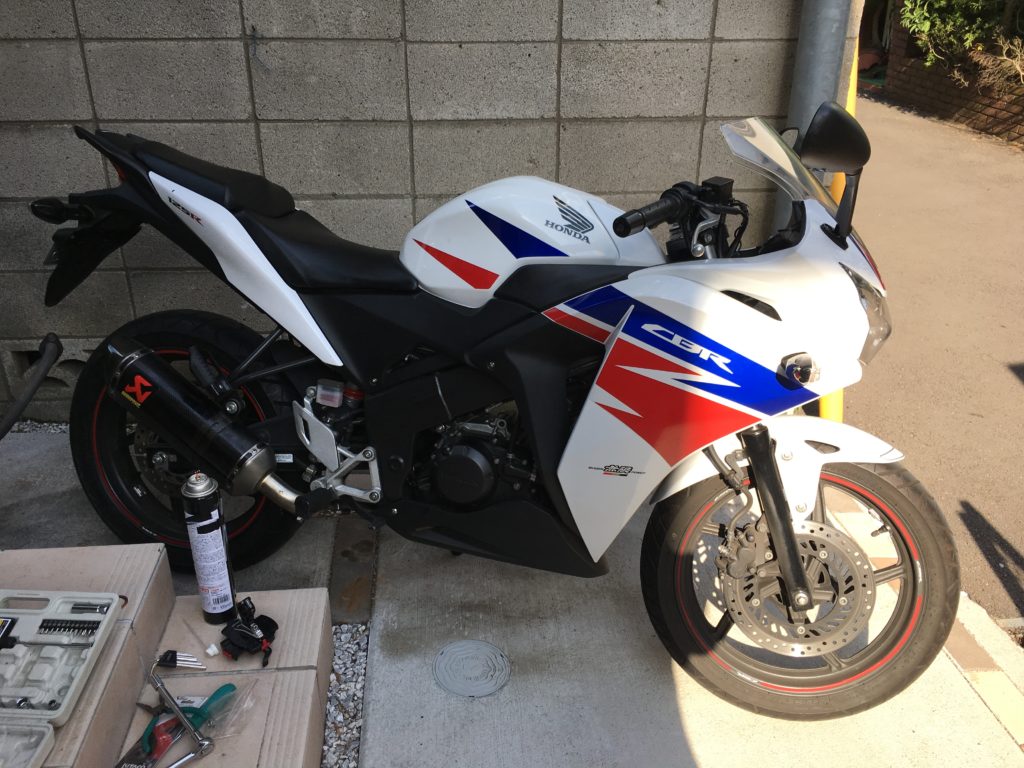