Today I have the pleasure to show you my latest project: Fuelino. The name comes from "Fuel" and "Arduino". The unit is a fuel controller for single cylinder engines, and it is addressed especially to small engine motorcycles and scooter (less than 250cc). The unit gives you the opportunity to modify the fuel injection control, which becomes necessary after changing some engine parts, such as installing a bore up kit, or changing the air filter, exhaust pipe, camshaft and so on. The functions available are pretty similar to the ones of a Power Commander unit, but the price is 5-10 times lower. 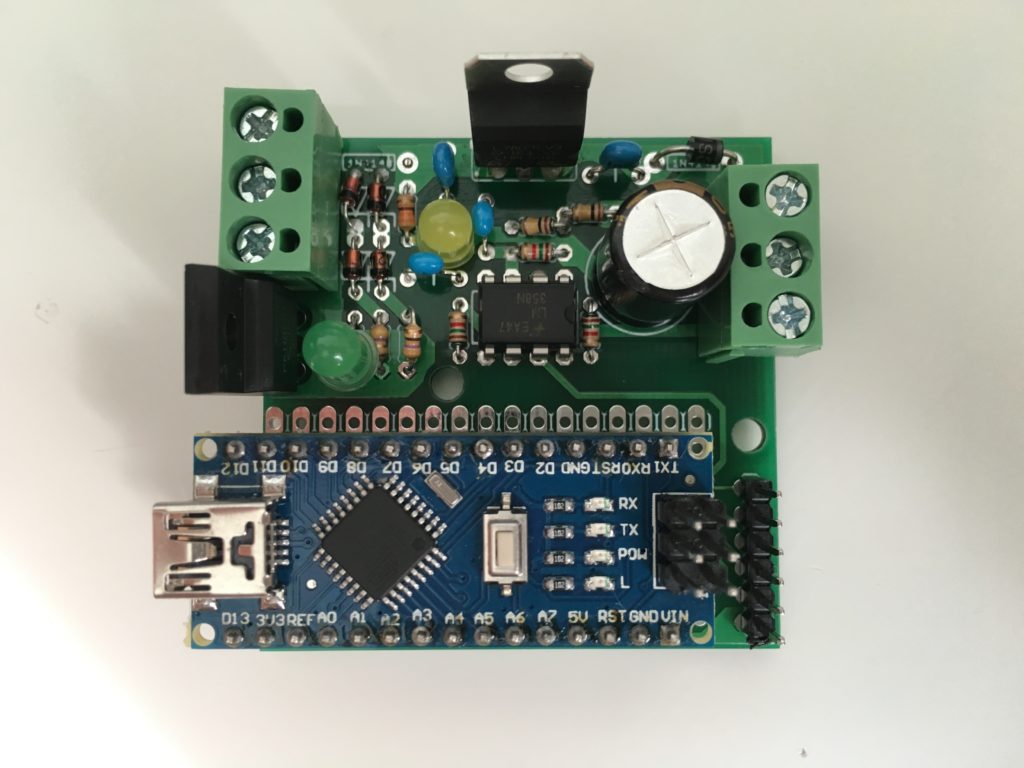 Last year, I already created a fuel control unit for my motorcycle, Honda CBR125R, but it was only an experimental project, despite it was properly working (I run 2000 km on my motorcycle up to now). Since that project was successful, I decided to create a PCB and manufacture it in China, and this is the result. The fist prototype (Proto 1), which you can see in the picture, has been assembled today. 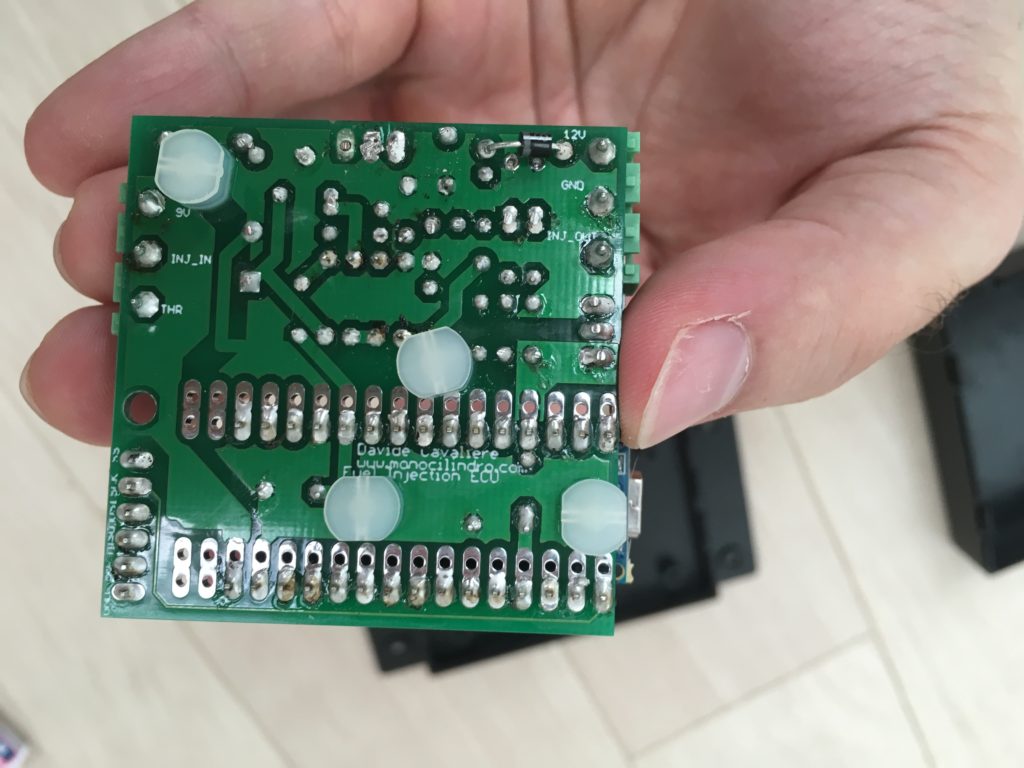 After finishing soldering, I tested it using a signal generator and oscilloscope (Pico DrDaq). The signal generator simulates the original ECU injection command, Fuelino acquires it, elaborates it and finally creates the output signal for the real injector. since I do not have injectors on my desk, I used a 12V green LED, and a 12V relay. A relay has properties similar to an injector: it has a resistance, inductance, and it is an electromechanical system, as an injector; when the current flows into it, the electromagnetic force moves an anchor, which closes a secondary circuit. At first, I used only the relay, but since it was very loud when switching, I decided to use a LED instead. The only problem of using the LED as a load, instead of the relay, is that it does not have an inductance, so Zener diode clamping cannot be seen on the oscilloscope voltage signal, when using the LED. 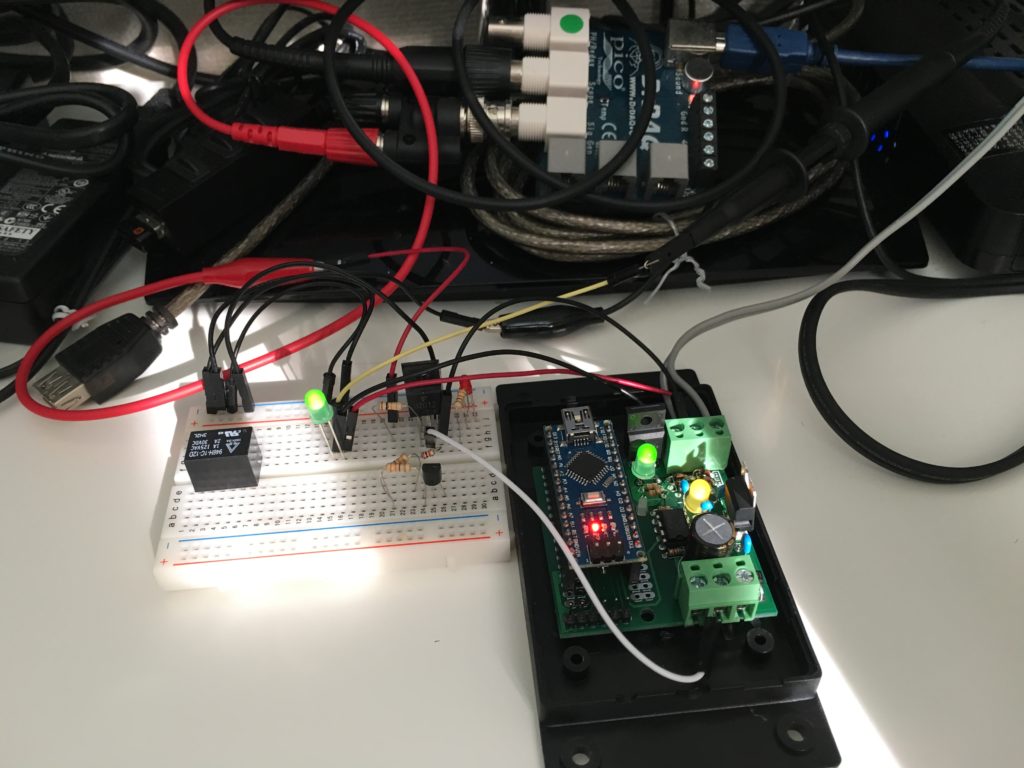 After testing the board on my in-house "HIL" (Hardware in the Loop) system, I even tried it working on my motorcycle, a Honda CBR125R. Since I had a limited time, I just did a quick "idle" check, and the Fuelino proto1 was working as expected! Since my engine mounts an Athena 166cc bore up kit, I set the injection time increment to 25%.

In case anyone is interested to test the kit on his motorcycle, I can provide some kits for free, for testing, please contact me at: dadez87(at)gmail.com. The software of Fuelino project will be open source, so you will be able to download the most recent software from my website, and flash it on the Fuelino microcontroller (Atmel ATmega328P) using Arduino IDE. 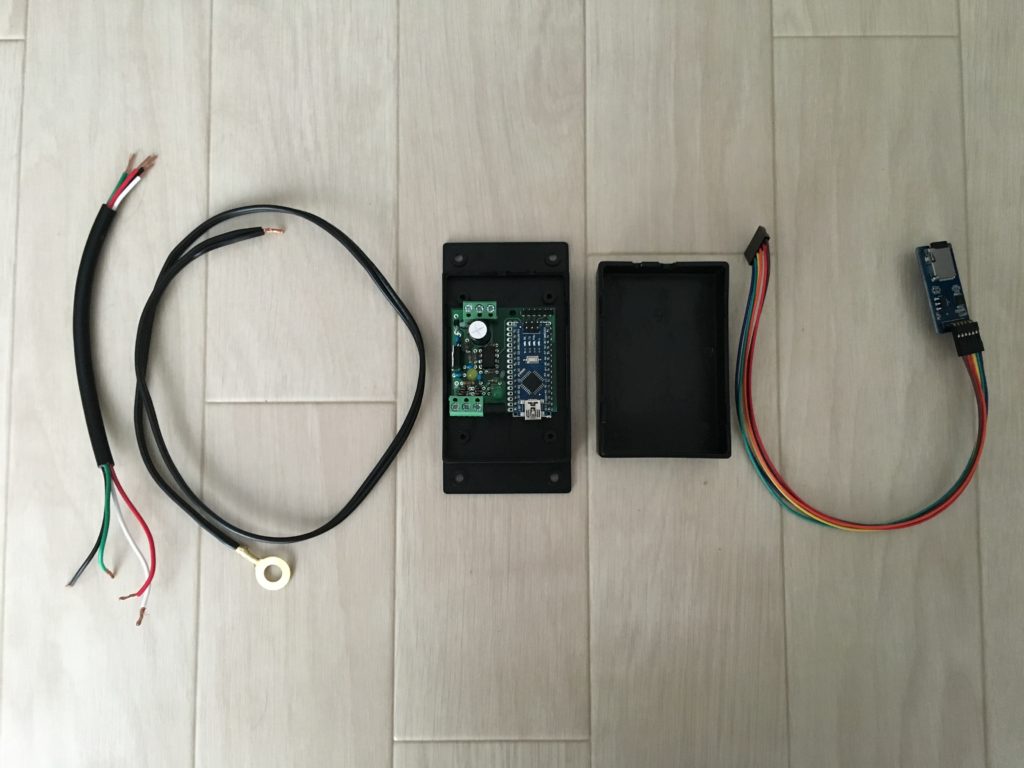 Please notice that this controller does not have official homologation, so it is forbidden to use it on public roads. In case you decide to use this product on public roads, you can do it at your own risk (police may catch you and ask to pay money, or even take your vehicle).

10 thoughts on “An introduction to Fuelino project”