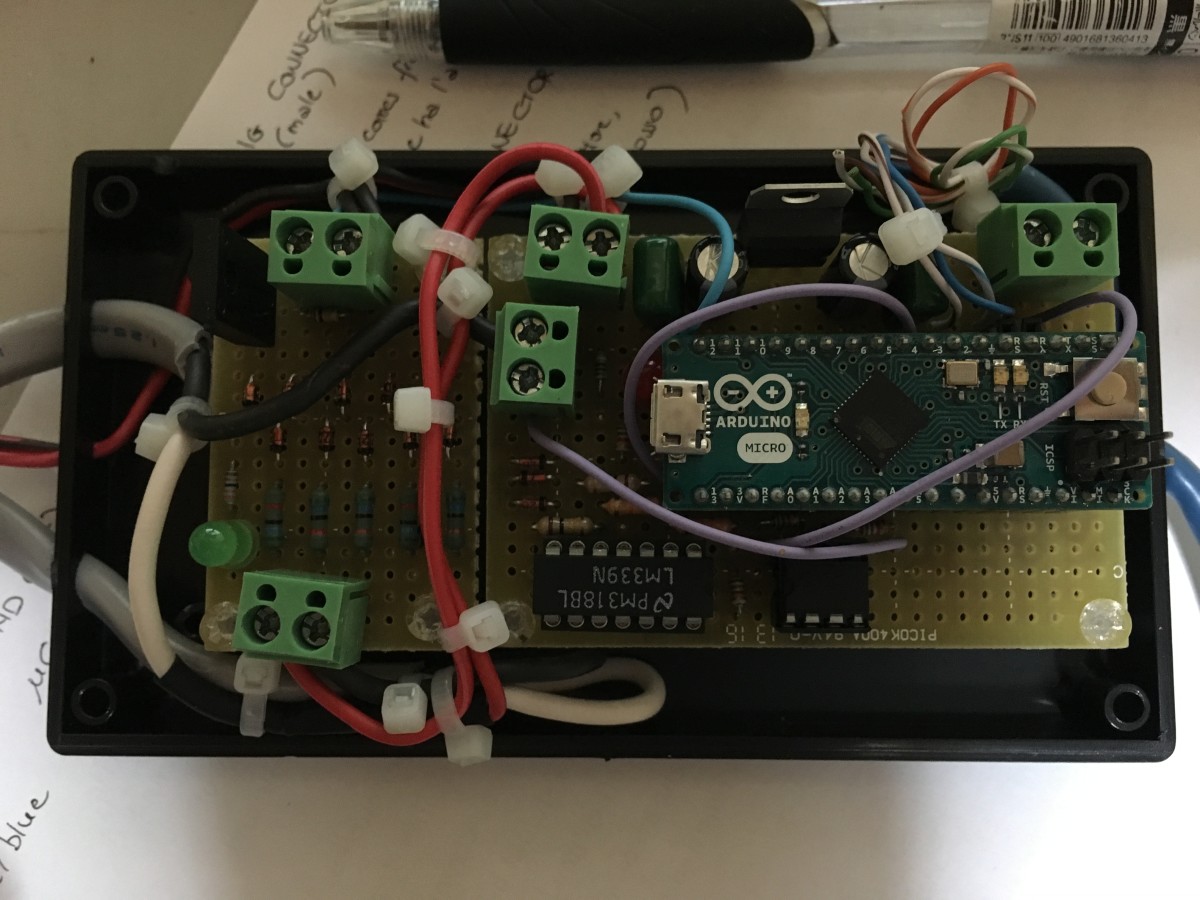 Today I would like to share with you the schematics of the DIY ECU which I built for my Honda CBR125R. This additional ECU does not have the purpose of substituting completely the original Honda (Keihin) one; it is an ECU which works, in series with the original one, to manage the signal of the fuel injector. The purposes of my project are as following:

The layout of the Electronic Fuel Injection ECU is visible in the figure below. The PDF version of the layout is available here: 20160207_ECU_layout.pdf.

The ECU has many input and output plugs, which are needed to interface it to other systems around:

The ECU electronic circuit schematics is visible in the following figure. The PDF file is available here: 20160207_ECU_schematics.pdf.

The schematics can be divided in the following areas:

The SW logic has been programmed using Arduino IDE, and it is partially shown in the figure below. Details on the software structure are discussed in another article. Check it out.

The figure below shows, on the right side, the injector control circuit. It is composed by a FKI10531 N-MOS Power Mosfet, and a network of Zener Diodes (GDZJ24D) and resistors with the purpose of limiting the injector voltage at the time when the transistor opens (injector closes).