On Saturday 29 April 2017 I participated to a KTM Test Ride event in Odaiba, Tokyo, Japan (お台場、東京). The test ride was very good and I had the opportunity to ride a KTM RC250.

There were many used motorcycles for sale, mainly KTM Duke 390 and KTM RC390. 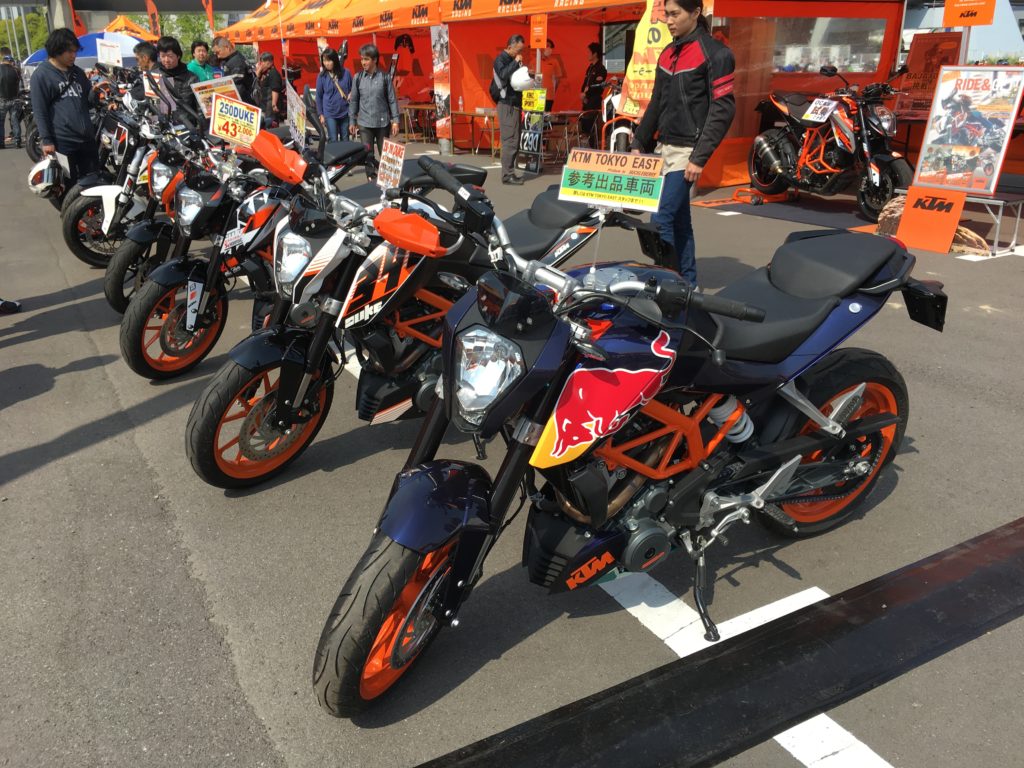 I noticed this cool KTM RC390, which was used for riding in Twin Ring Motegi circuit. 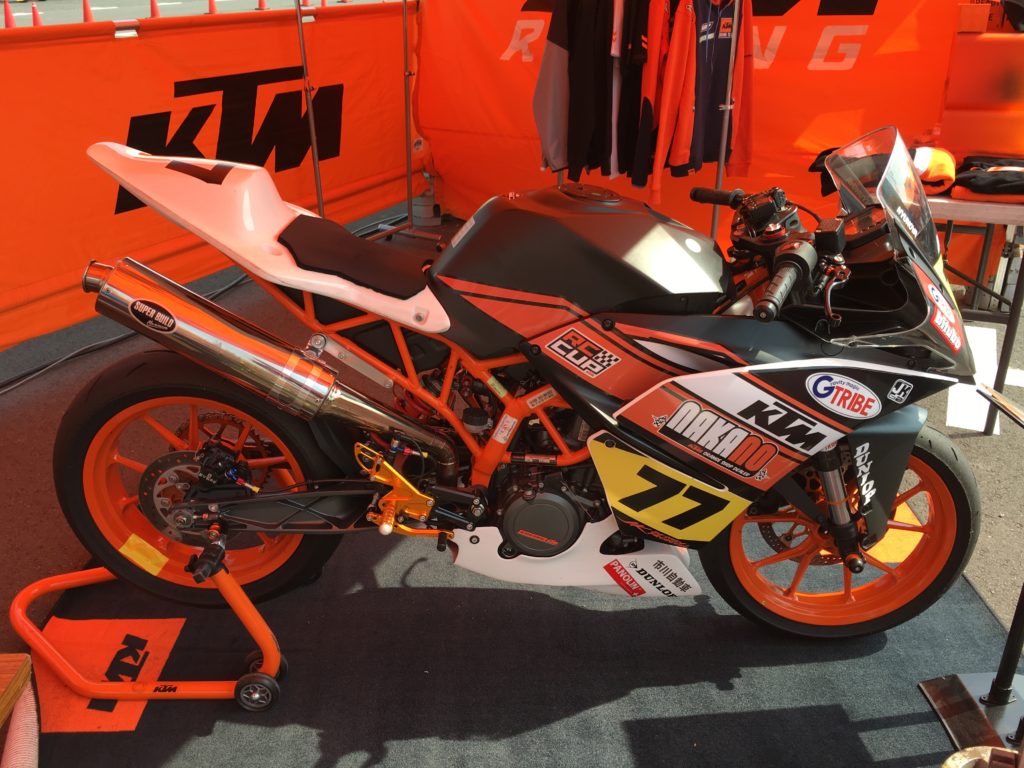 On exhibition, there was also a KTM Freeride E-XC, which is an offroad motorcycle equipped with an electrical motor. The maximum power is 11kW (15hp) according to the KTM official website, and makes this motorcycle comparable to a 125cc engine motorcycle. 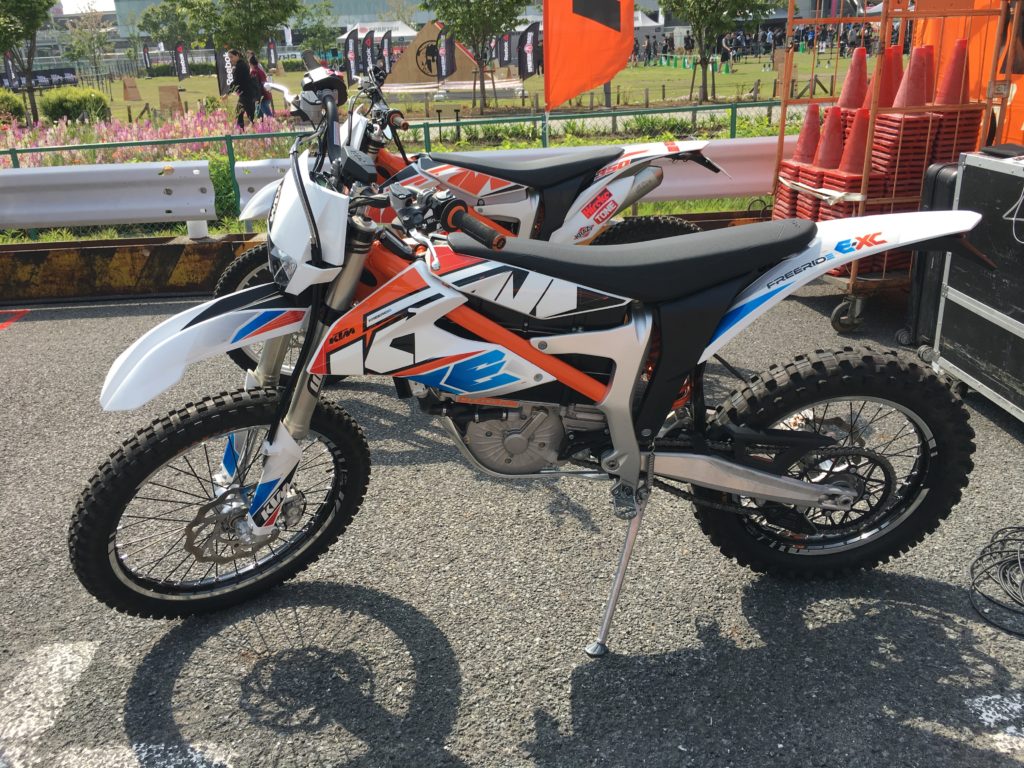 In the following picture, the permanent magnet synchronous motor (in a disc armature design) is visible. It can be noticed that there is no pedal to change gears (only one ratio). The motor is liquid cooled (black hoses are visible) and provides 42Nm of torque even at zero rpm. 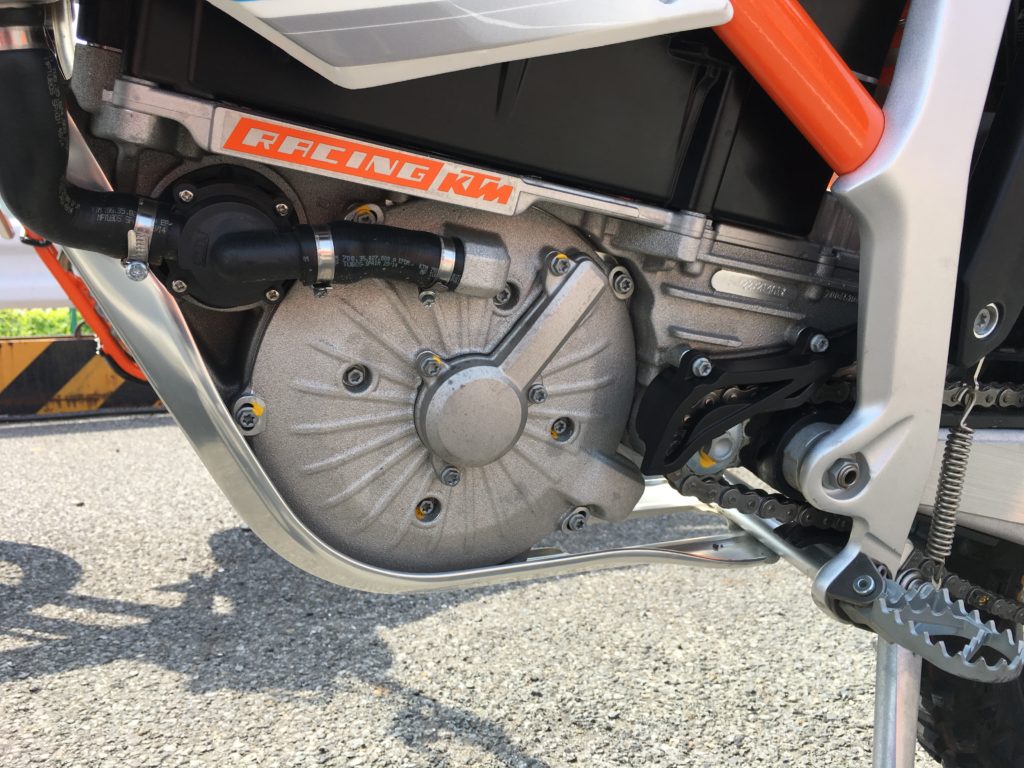 In the next picture, the water cooling radiator is visible on the front of the motorcycle. The battery pack is located over the electric motor. 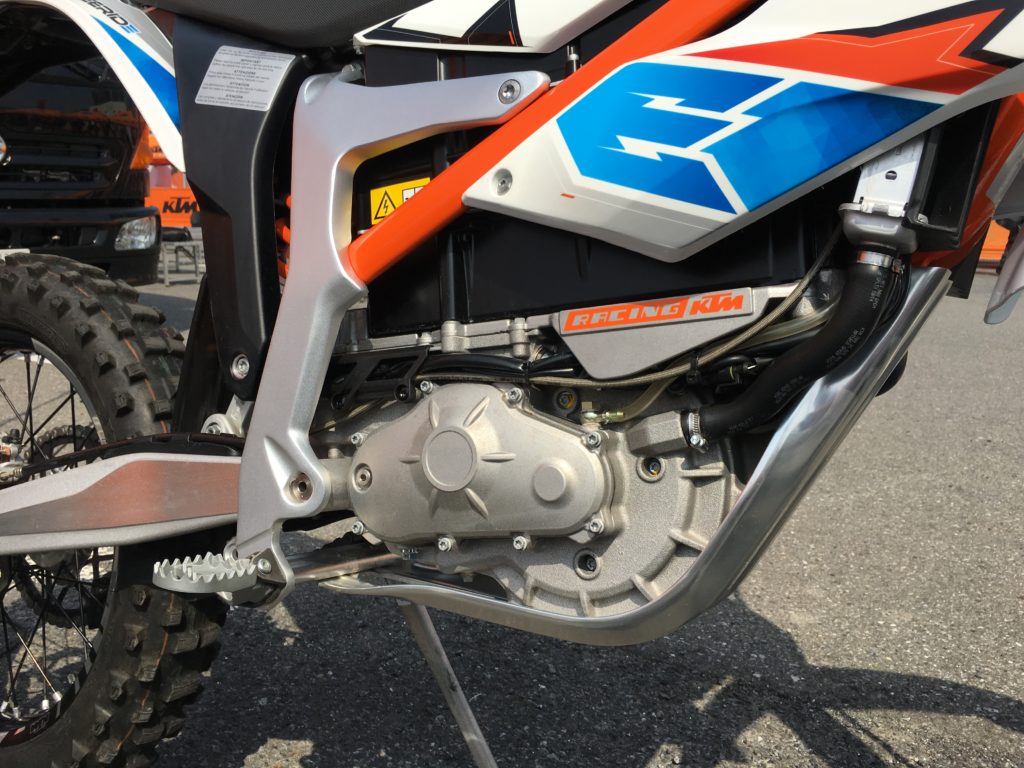 During the event, it was possible to ride most of KTM motorcycles starting from 125cc, for example Duke 125 or RC125, up to bigger ones. 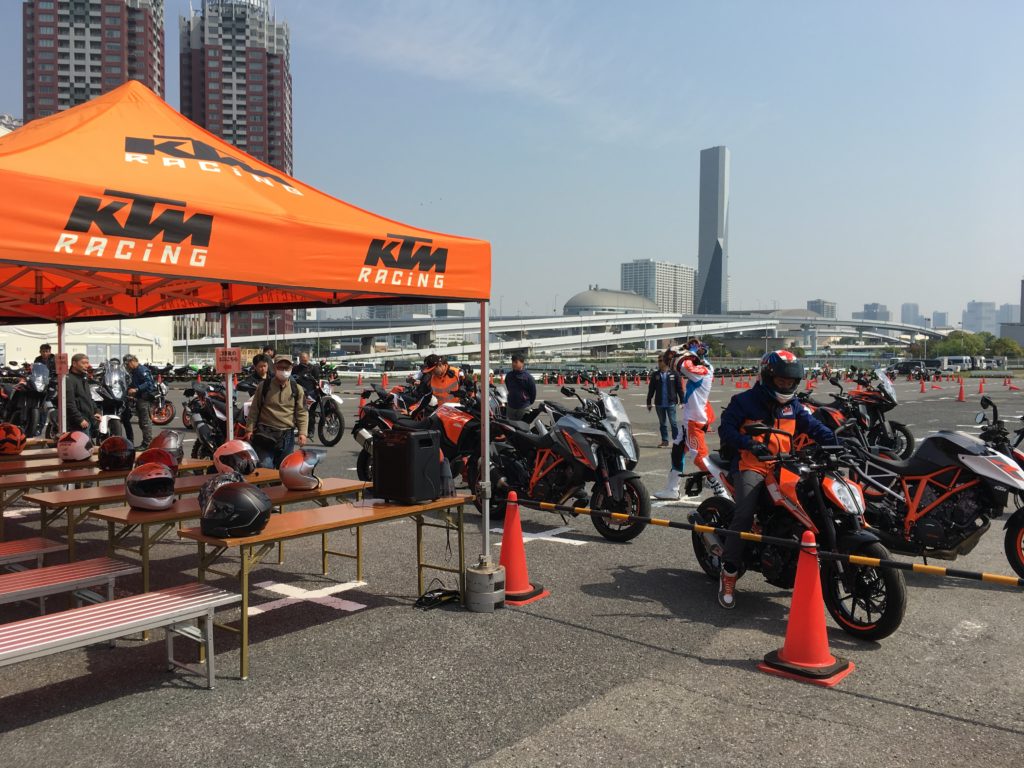 And finally, this is a video taken at the event.