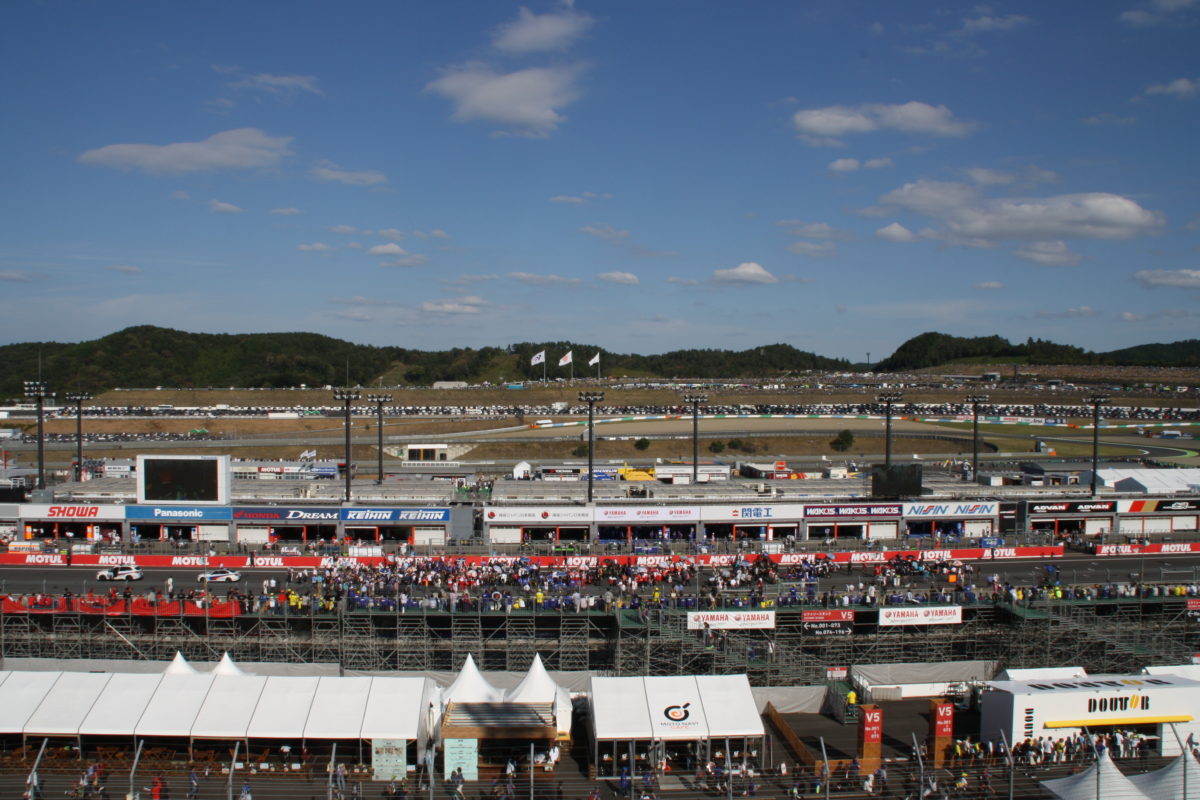 In this article there are some videos which I took, with my iPhone 6S, at the Twin Ring Motegi MotoGP 2016 event (ツインリングモテギ), on 16 October 2016. All videos were taken from A seats, reserved (A席、指定席)

The first video shows the start of the Moto3 race. I love the sound of these 250cc single cylinder engines.

The second video shows the last lap, final corner, of the Moto3 race. Bastianini and Binder fought until the end, but finally Bastianini was quicker than Binder in the last corners, and finished first.

The third video shows the start of the Moto2 race. These "screamer" 4 cylinders in-line engines were very loud. To be honestly, I don't like so much the sound of these engines, they look the same as a normal mass production Japanese motorcycle. I prefer the sound of "big bang" engines, or 1/2 cylinders engines.

The last video shows the last corner of the last lap of the 2016 MotoGP race at Twin Ring Motegi. Since both Rossi and Lorenzo felt down during the race, Marc Marquez definitely won the 2016 MotoGP world championship when crossing that finish line.