This year, same as last year, I went to the Twin Ring Motegi (ツインリングモテギ、日本), in Japan, to see the MotoGP 2016 race event. I was there only on Sunday 16 October to see the races (Moto3, Moto2, MotoGP). Unfortunately, Valentino Rossi felt, and also Jorge Lorenzo, giving the championship title to Marc Marquez some races before the end. But the good news is that Bastianini won the Moto3 race, after a long fight with Binder which continued until the last lap, in which Bastianini overtook Binder and finished first.

This is how the Twin Ring Motegi central entrance looks like. Once you show the pass, you enter inside, in the "open area", in which everyone can enter (all people with reserved and non reserved tickets). There are many shops, mostly for food, and some booths selling and showing motorcycle equipment (Arai, Shoei, Yamaha, Honda, Ducati, GoPro, and so on). 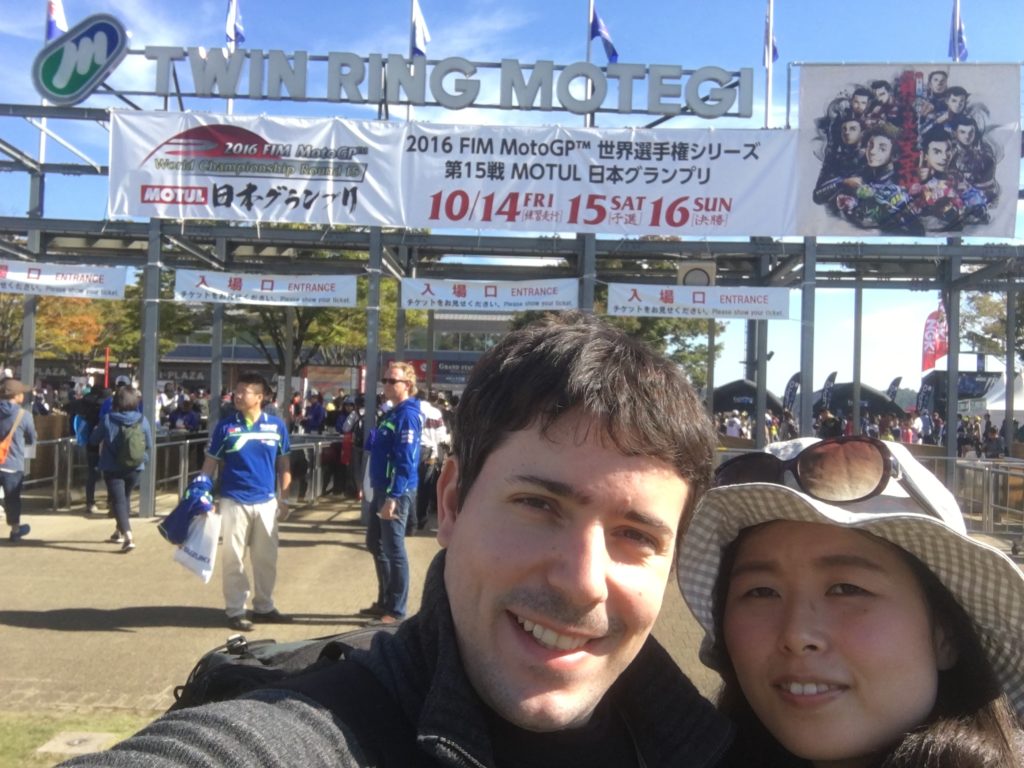 The following picture is the starting grid of Moto3. 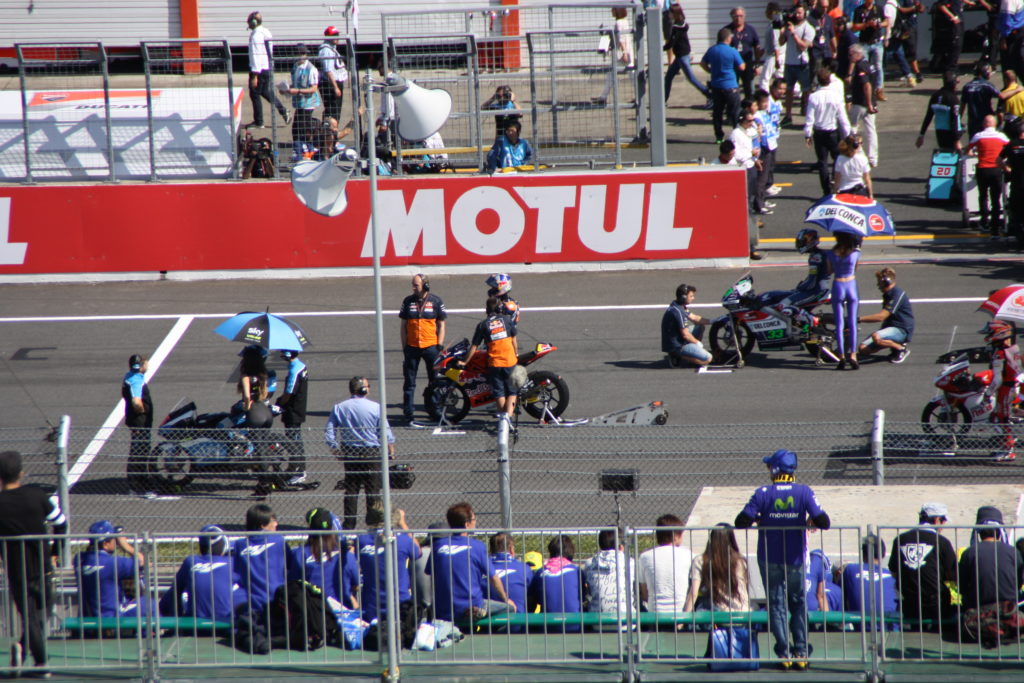 Moto3 race, one of the first laps. 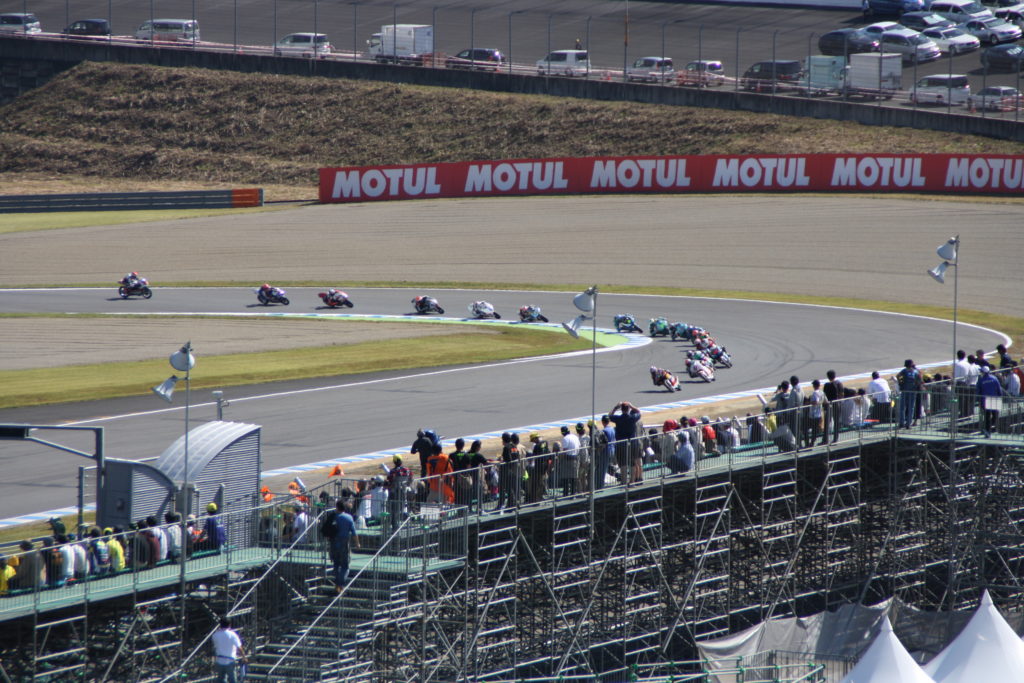 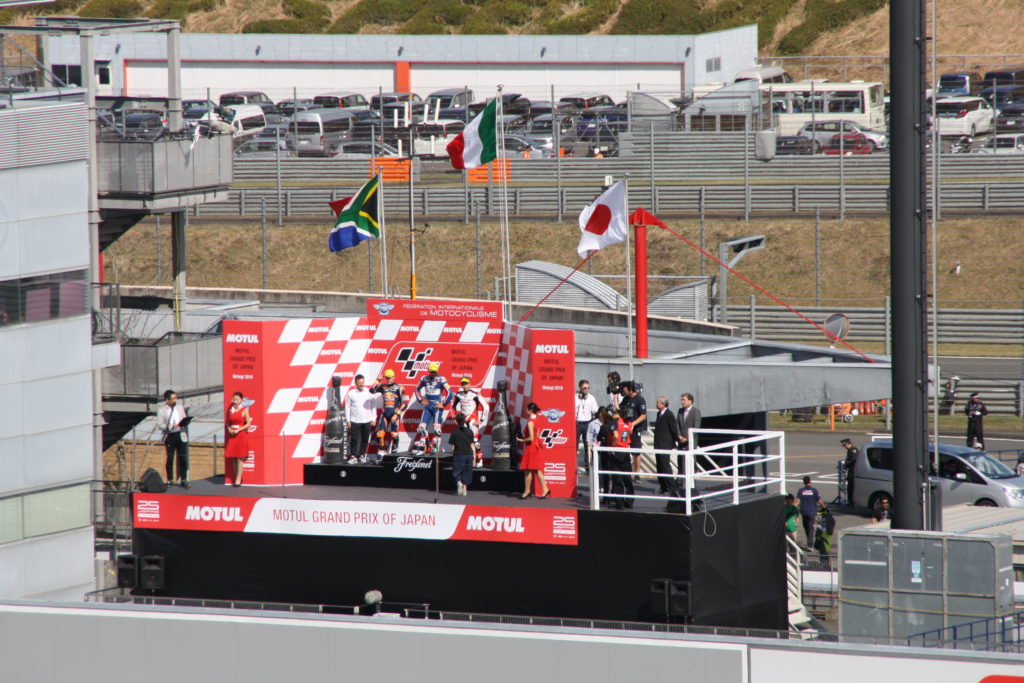 Moto2 starting grid. To be honest, I don't like Moto2 so much, because the engines are Honda, and also they are the same for all motorcycles. Moreover, I don't like the sound of these 4 cylinders in-line engines, which fire the cylinders with the same angle difference, creating a "screamer" sound. This is why I did not take so many pictures for this category. 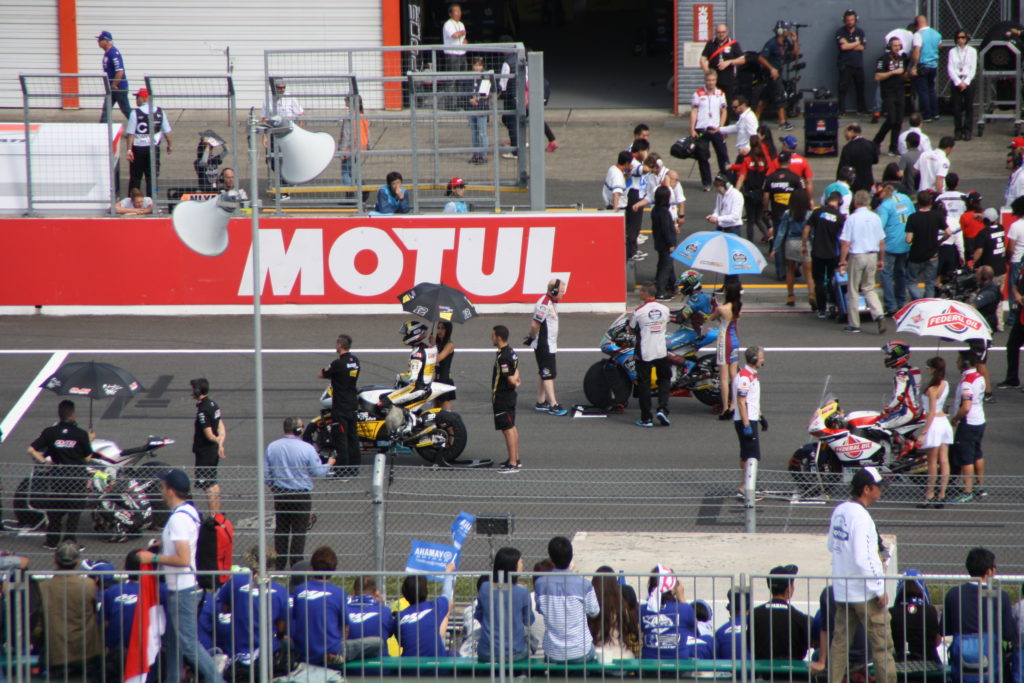 And then, finally, the MotoGP race started at 14:00 Japan local time. A big crowd was around Valentino Rossi before the start of the warm up lap. 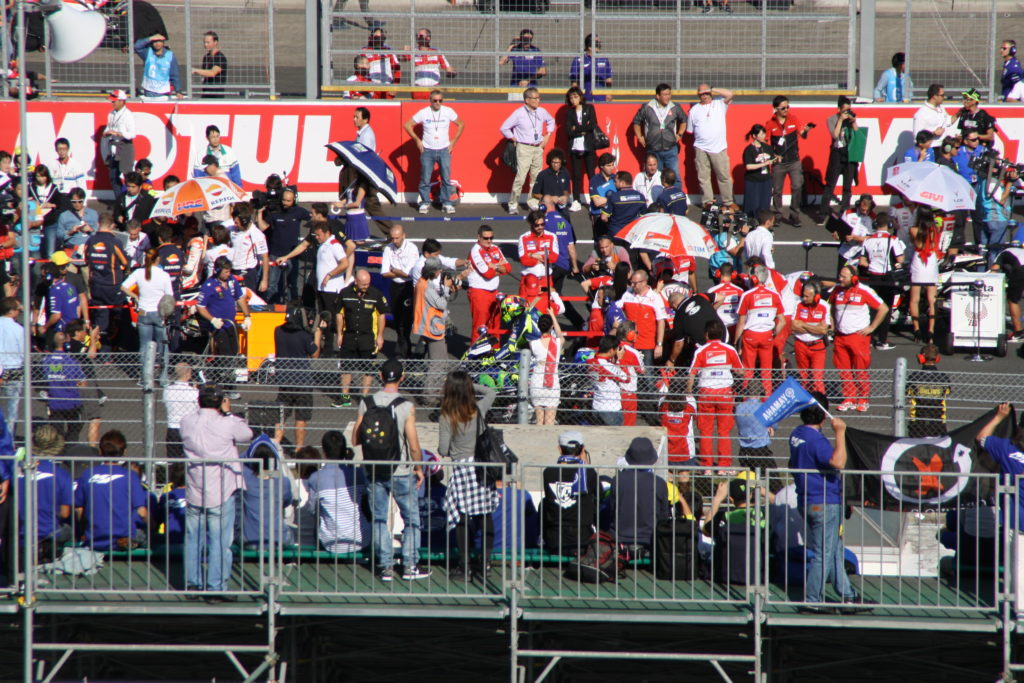 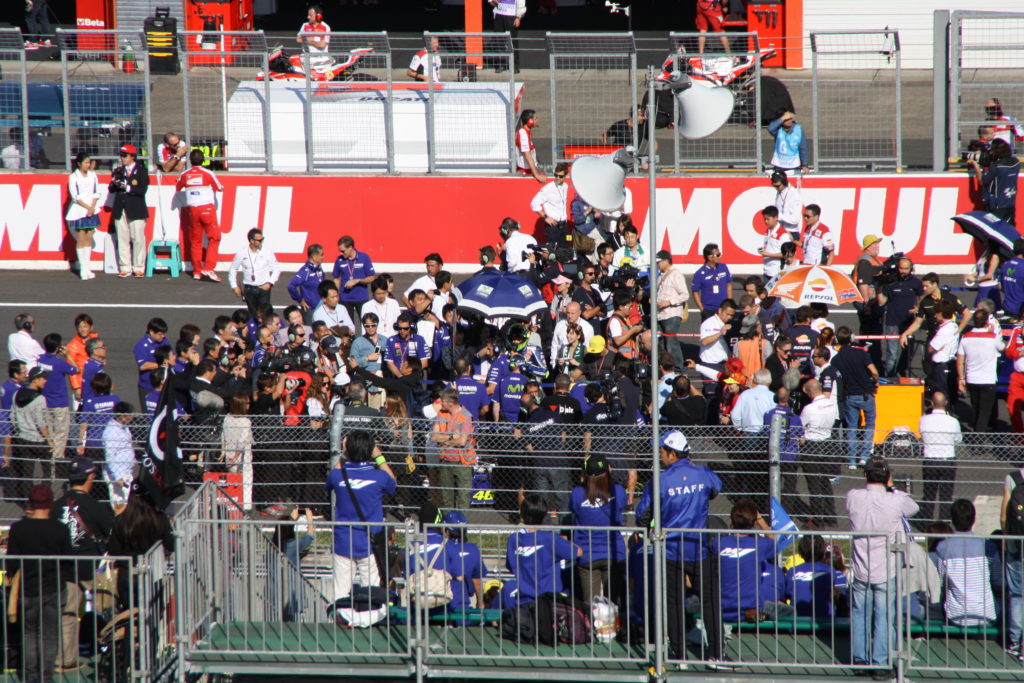 MotoGP riders on their position in the starting grid, before starting the warm up lap. Engineers are checking the motorcycles (I suppose tyre pressure or something on the front brakes). 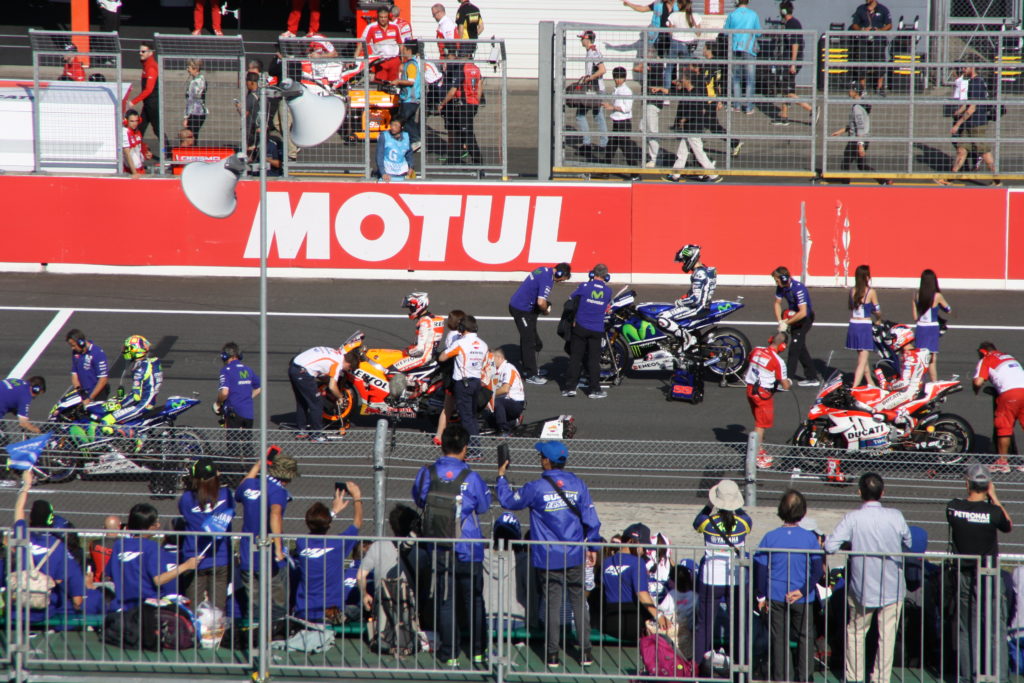 Then, the riders are left alone and the warm up lap starts. The starting order was: Rossi (Yamaha), Marquez (Honda), Lorenzo (Yamaha), Dovizioso (Ducati). 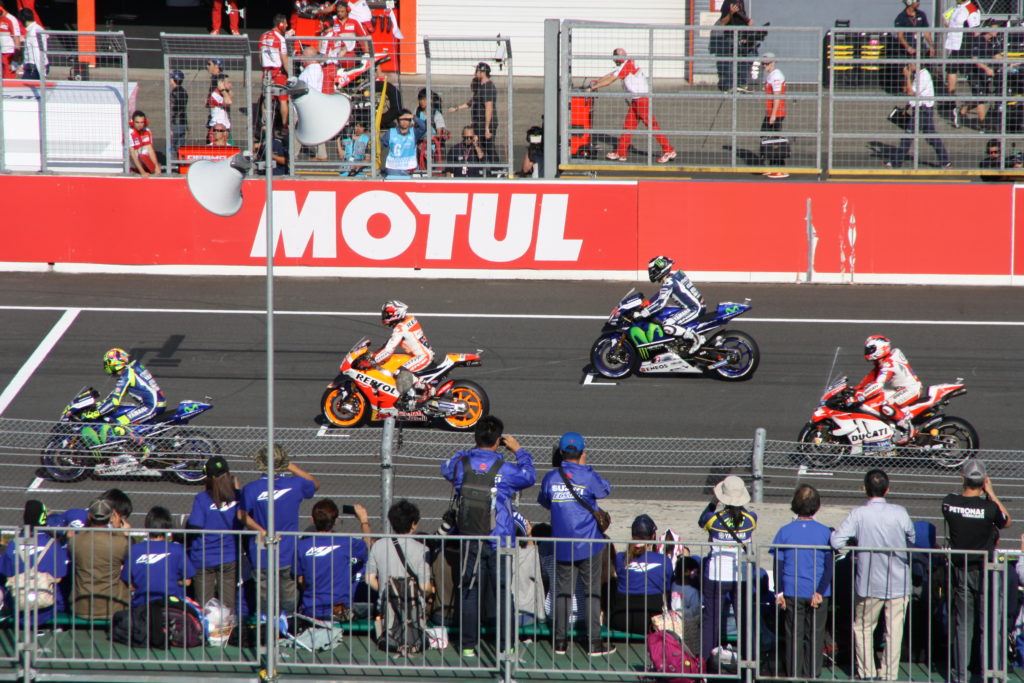 The race started and after some laps Marquez took the first position, with Rossi and Lorenzo in second and third position. 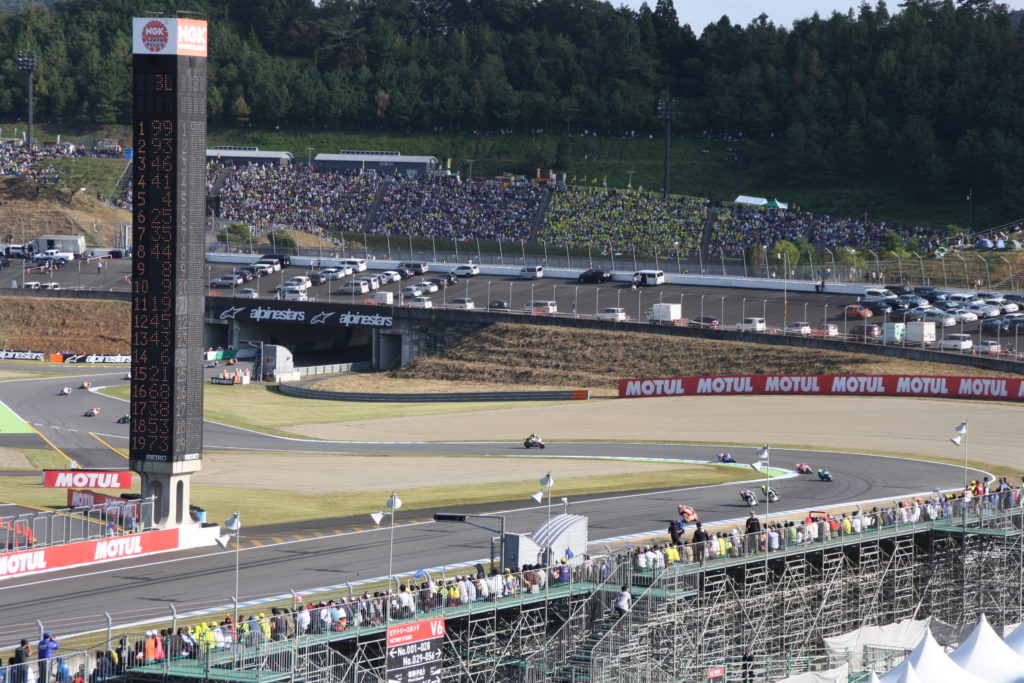 Unfortunately Valentino Rossi felt down at the middle of the race, and also Jorge Lorenzo some laps later. Marc Marquez won the 2016 MotoGP championship some races before the end. This picture shows the moment in which Rossi arrived at the pit stop box, right after the accident. 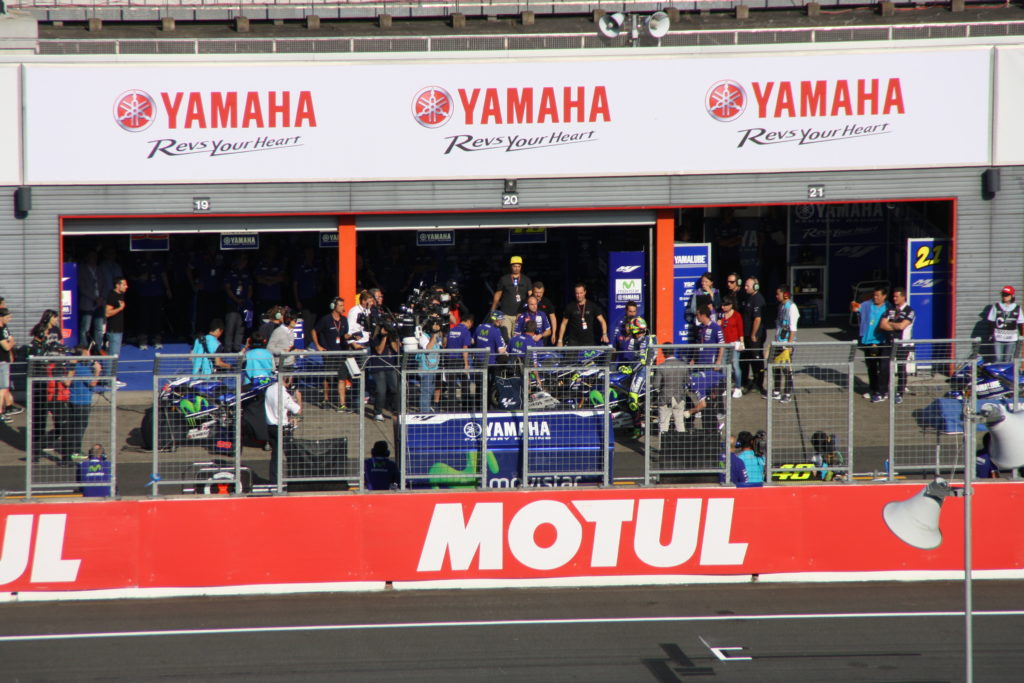