Here is an example which explains how to analyzed the data logged when riding the motorcycle. First of all, the raw binary data, which is saved on the SD card, must be converted into an easily manageable Excel file. This step is performed by a tool which I created using Microsoft Visual Studio Express 2013. The tool parses the binary file and interpolates the data. 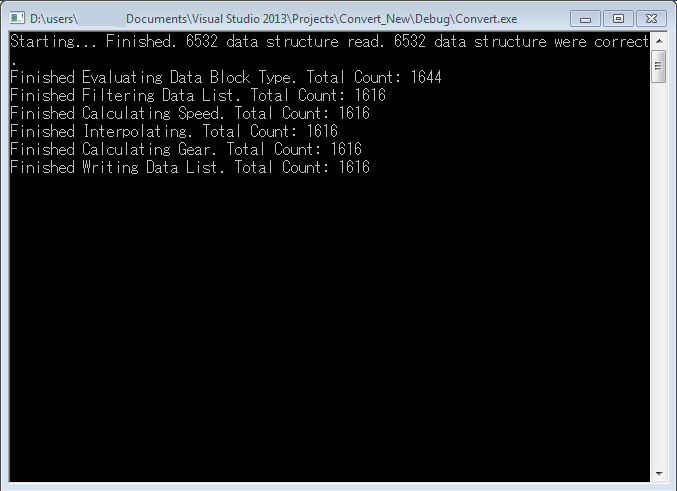 The output file is an Excel file which contains the following data columns:

ECU Data Type (1) and IMU data are logged 3 times per second, and GPS Data Type (3) is logged 1 time per second. The tool described above interpolates data, so that 4 rows are sampled each second. 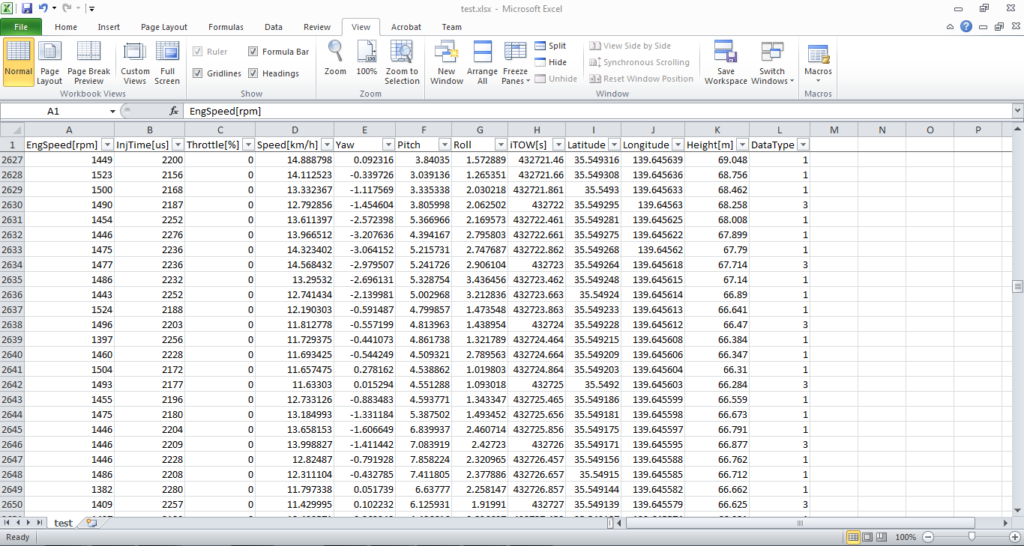 The Excel file obtained above is then imported using Google Fusion Tables functionality included in Google Drive. The import procedure is shown below.

At first, choose the file to be imported. 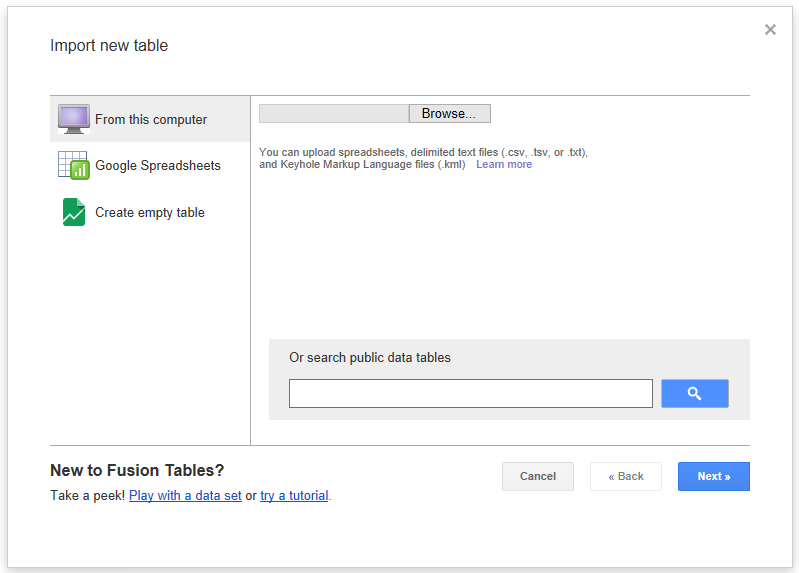 A preview is shown. 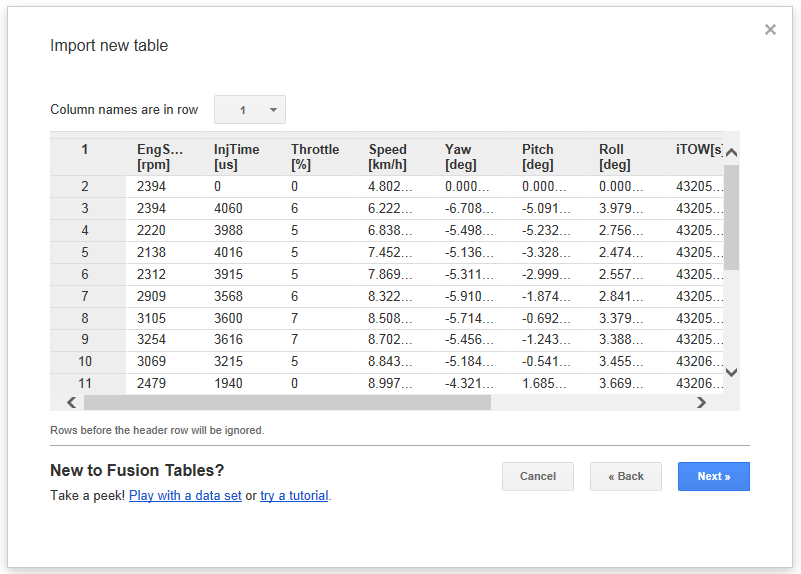 In case the column "Latitude" and "Longitude" are included in the Excel file, a new sheet named "Map of Latitude" will be automatically created. 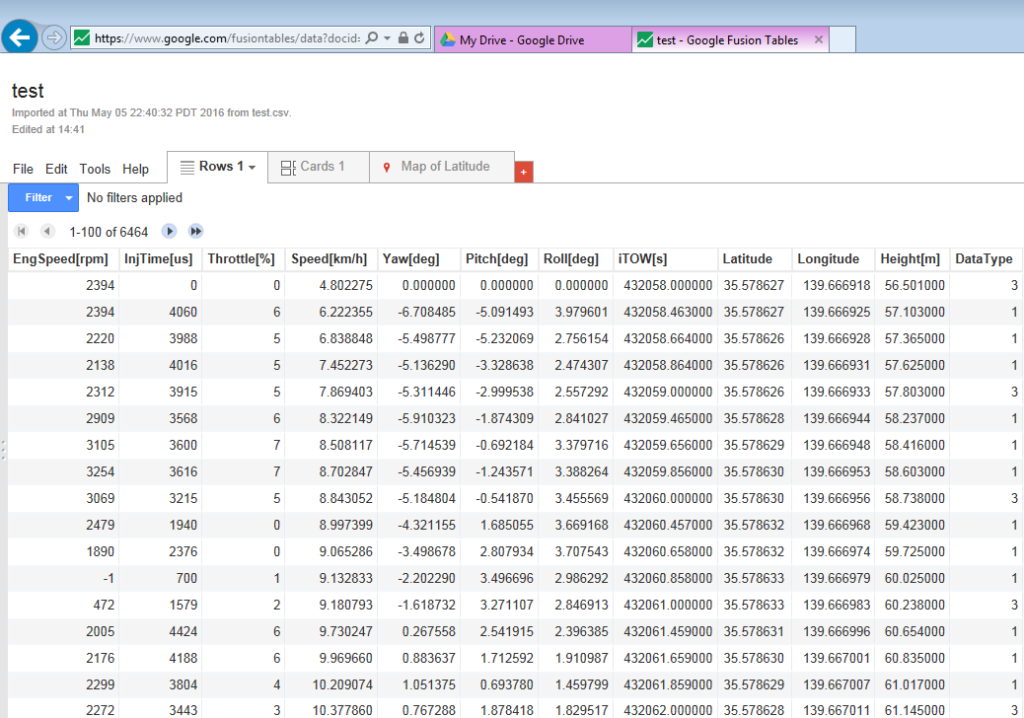 The complete set of logged points is shown on the Google Maps image, allowing you to click on each point and visualize the value, for each signal, sampled on that point. In the example below, the following data are shown: engine speed (5047 rpm), fuel injection time (2694 microseconds), throttle position (13%), speed (62.31 km/h), roll angle (-3.154 deg), and so on.