Today I have been to the Tokyo Motorcycle Show 2017 (東京モーターサイクルショー2017). This event takes place every year, at the end of March, in Odaiba (お台場), an artificial island located close to the Tokyo Tower. The place of the location is called Tokyo Big Sight (東京ビッグサイト), and it is a common space for fairs and events.

The following are my favorite motorcycles. First of all, the Ducati Monster 797. The shape is so beautiful and reminds me the one of the first Monster. Official website here. 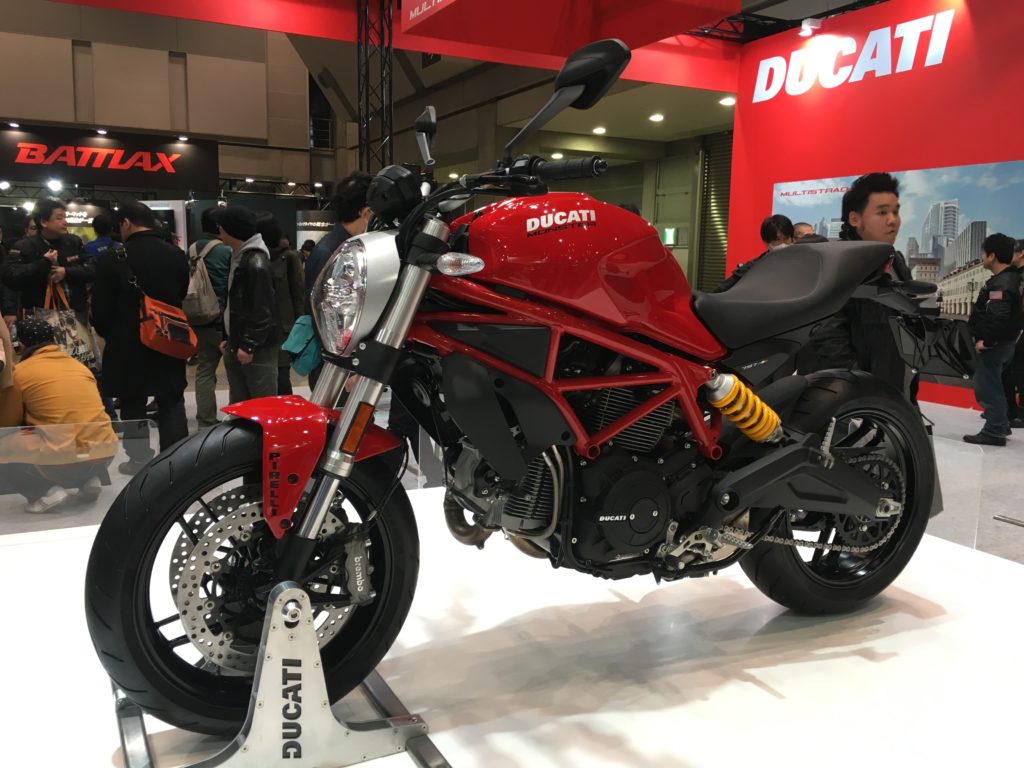 The engine is the classic Ducati L-90 degrees twin cylinder engine, with air cooling and 2 valves per cylinder. 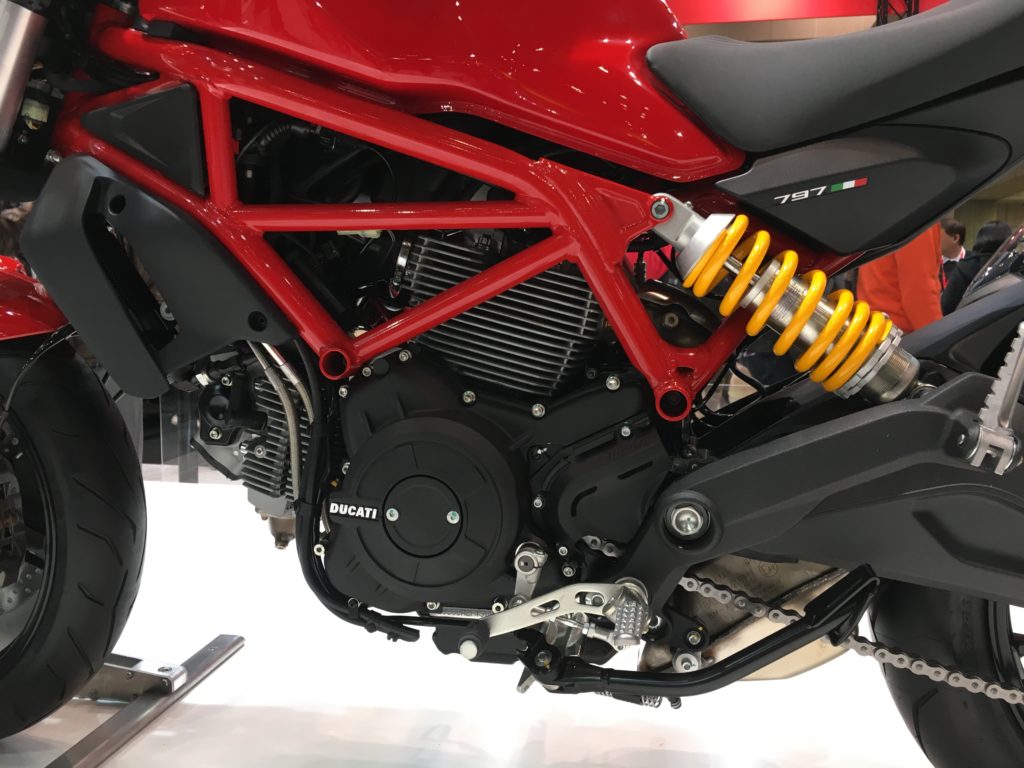 And this is how the right side looks like. The exhaust pipe of this new Ducati Monster 797 is very similar to the one of the sister Ducati Scrambler. 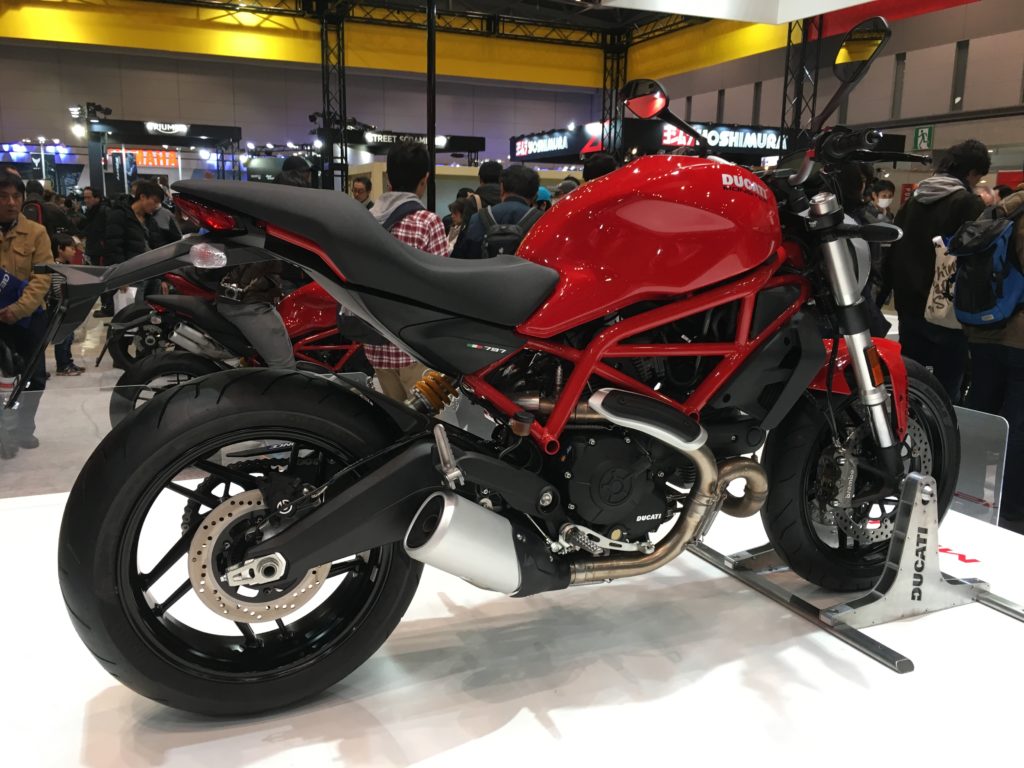 The following one is a Yamaha XSR 900 Faster Sons. 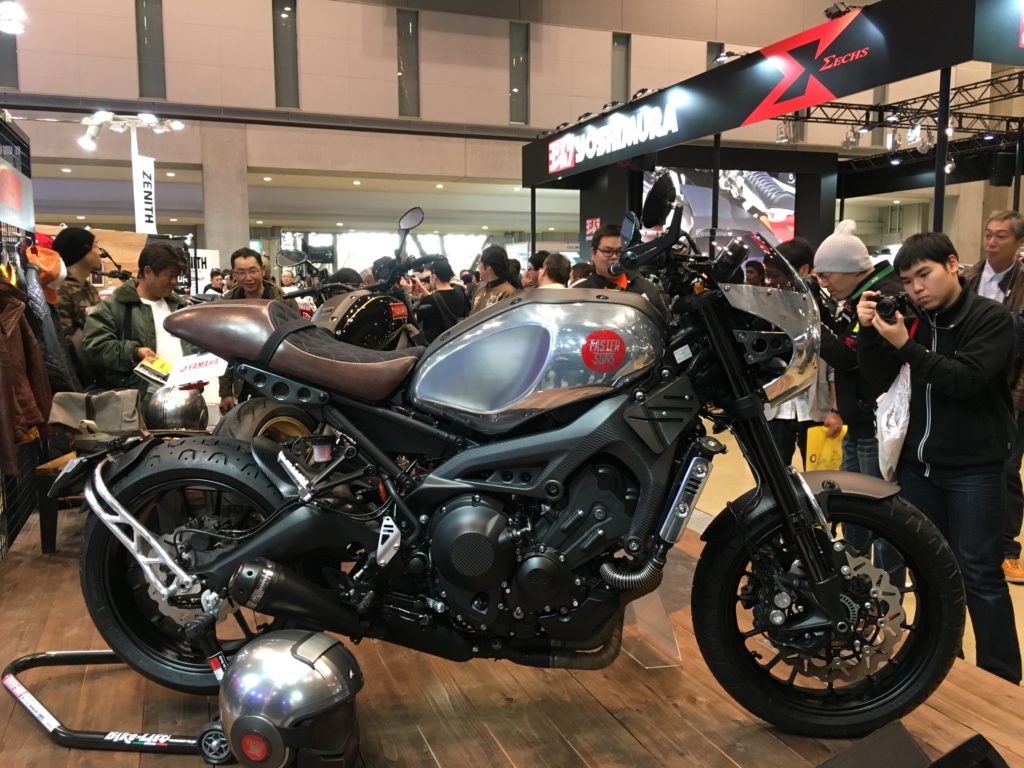 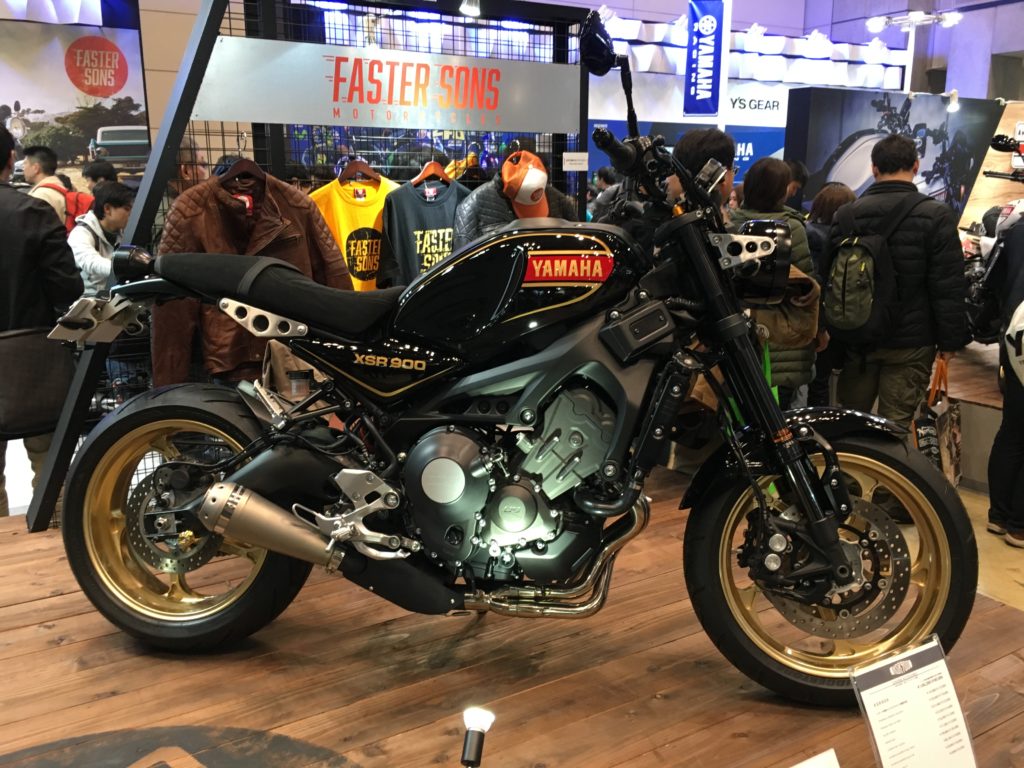 Outside, children could test small motorcycles with 2-stroke engines and pit bikes. 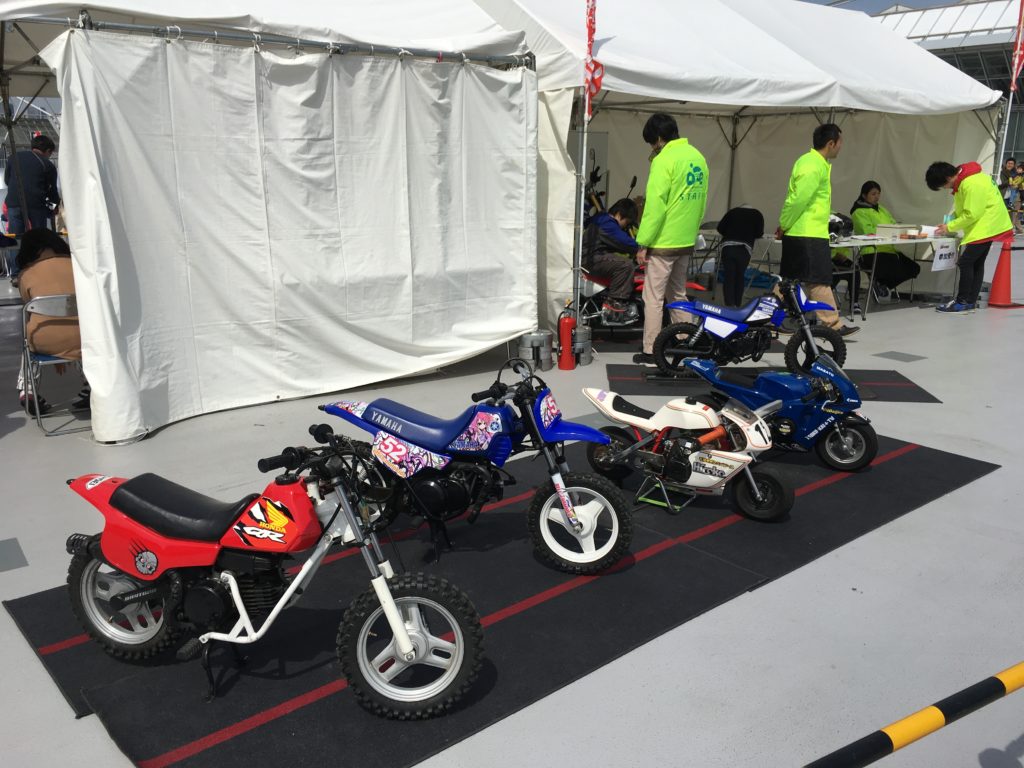 The next one was very strange. A Japanese girl dressed like a pirate was riding a Triumph Thruxton R Ace Cafe Racer. 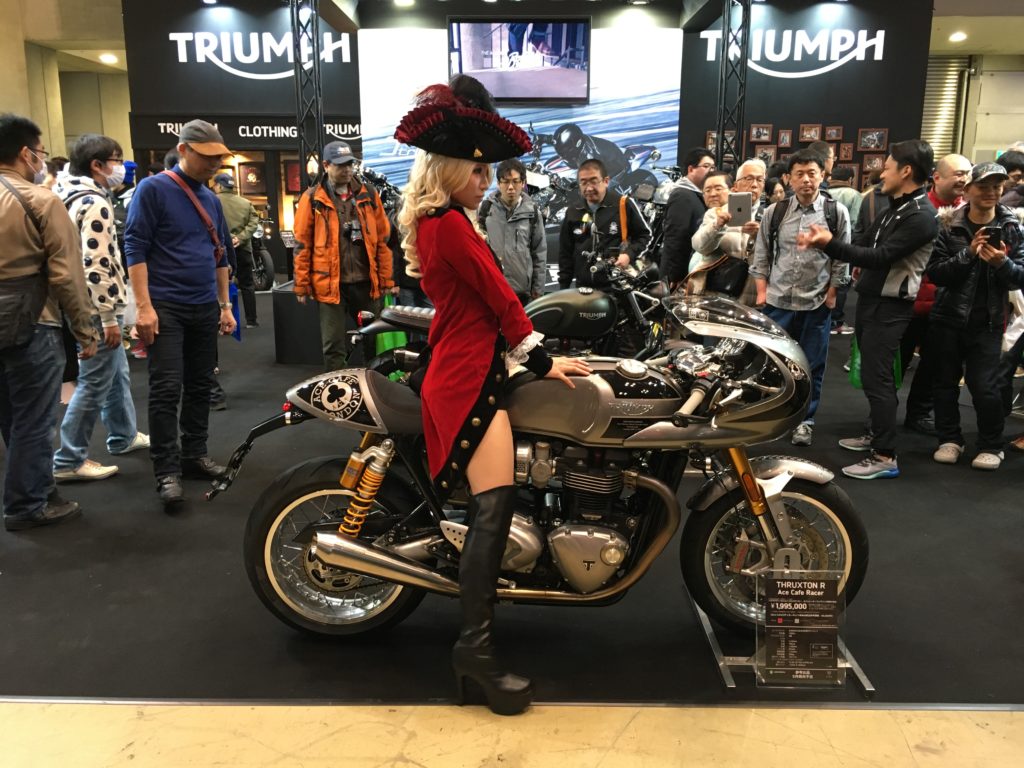 At Indian Motorcycle booth, I saw the following beast (of course I am referring to the motorcycle). I really wonder who does buy such motorcycles in Japan. 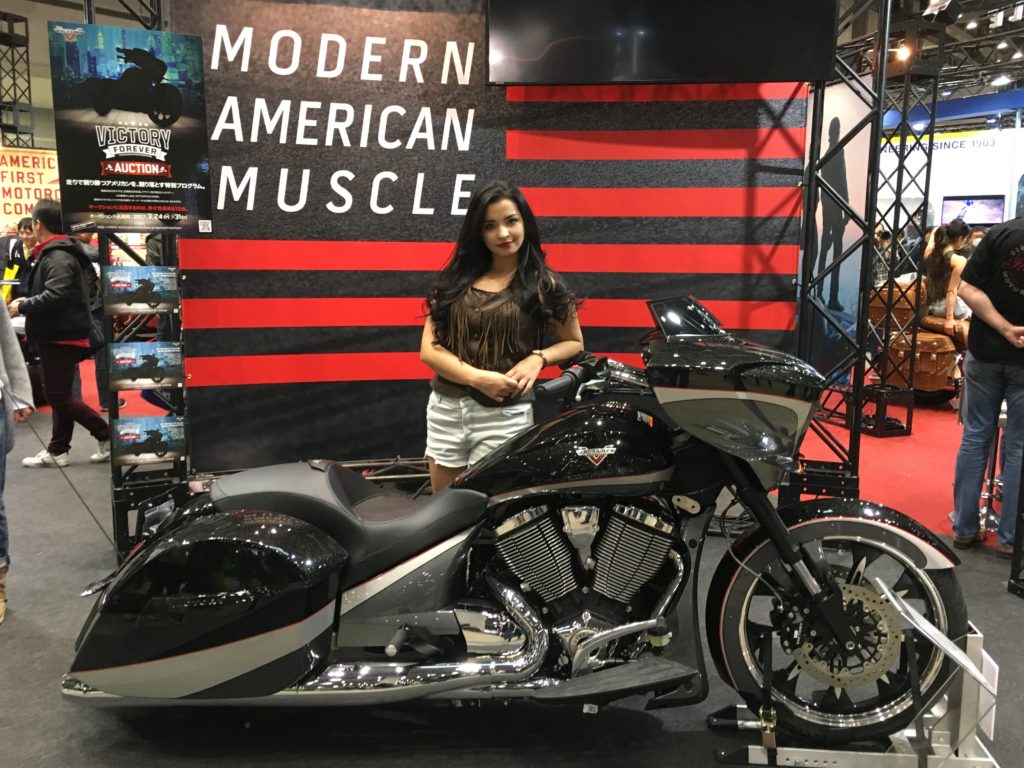 And at Piaggio, Aprilia, Vespa and Moto Guzzi booth, some cute girls were showing their motorcycles. I really love the vintage style of the Moto Guzzi V7. 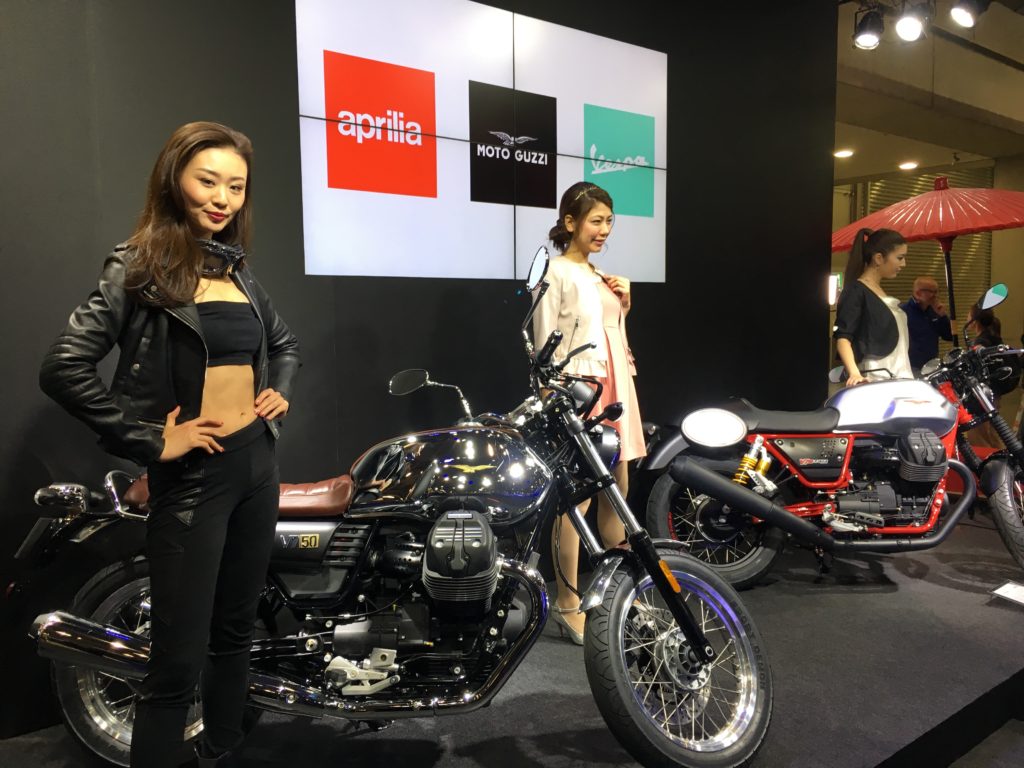 The same cute girl who was riding the Moto Guzzi V7, seems to be riding also a Piaggio Vespa. 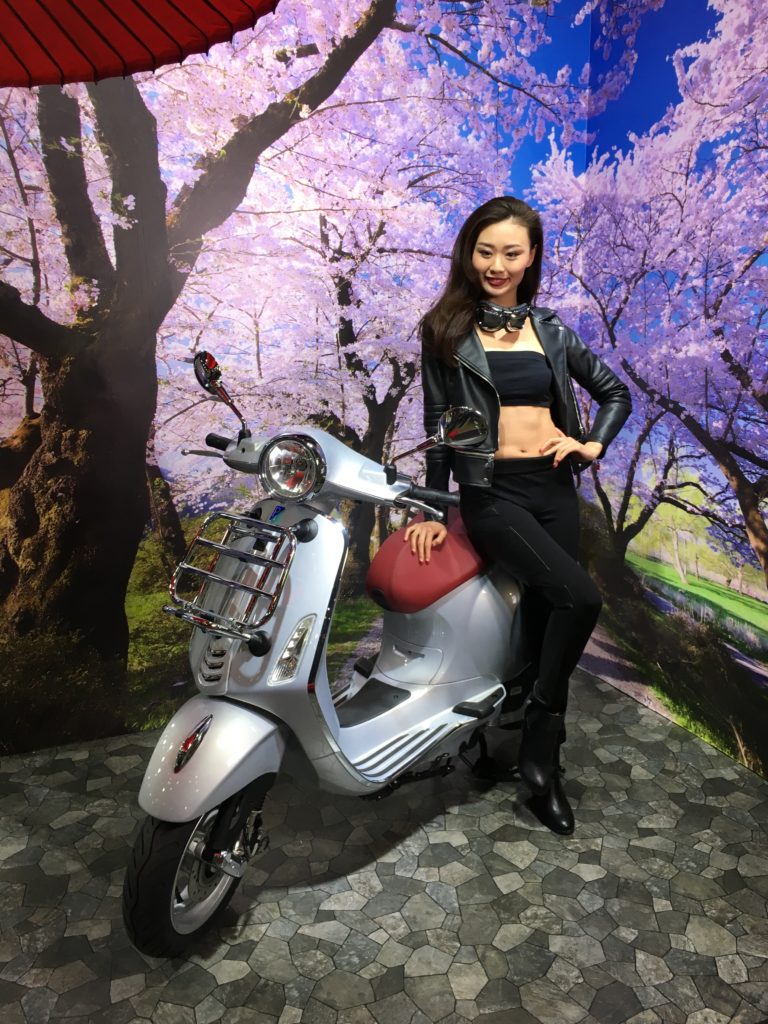 After that, I visited the Moto Corse booth, which was showing some nice Bimota motorcycles. 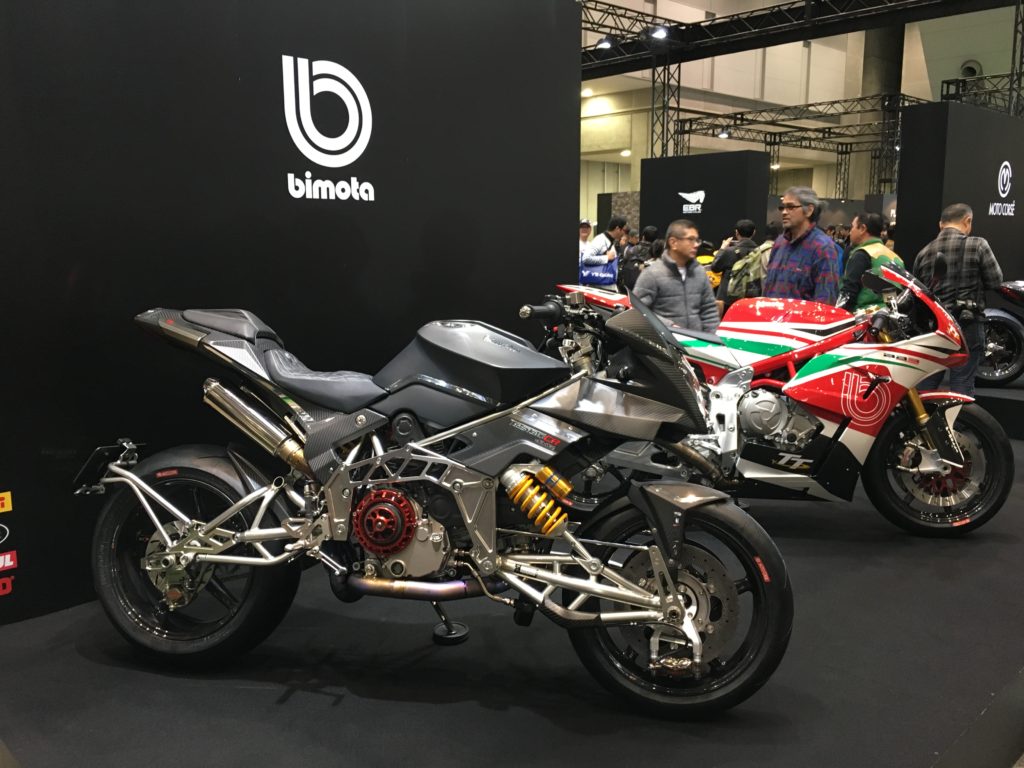 This is a nice picture of Odaiba, taken from the Tokyo Big Sight, 4th floor. 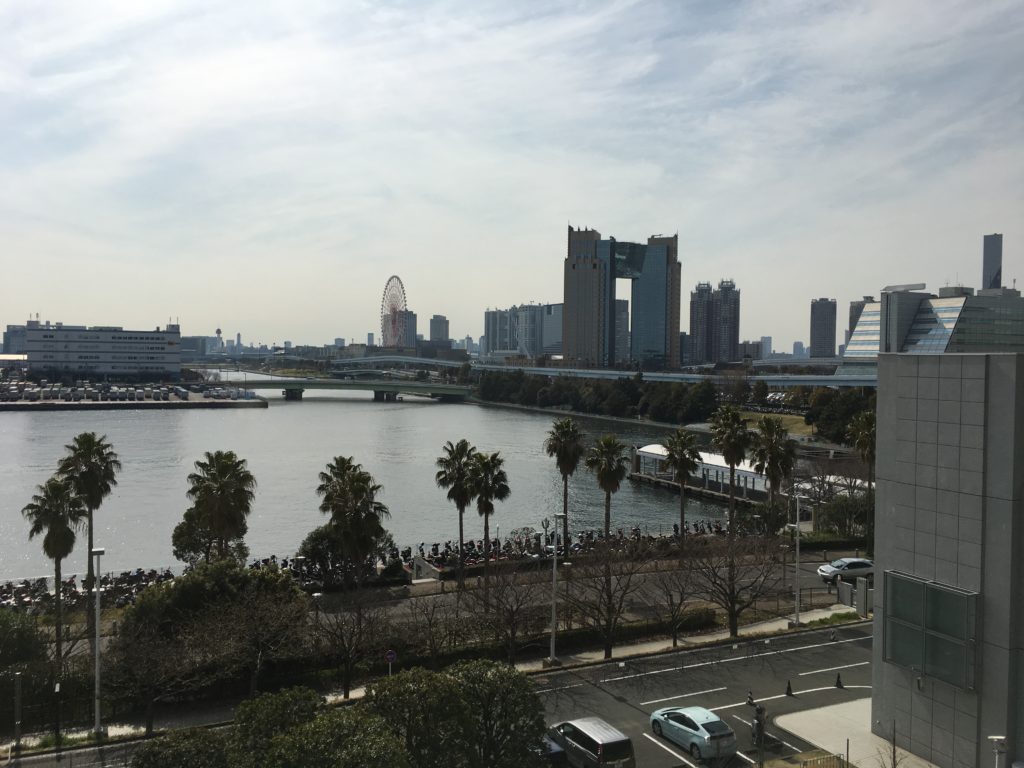 Finally, some crazy pictures. I wonder is the following "machine" is a motorcycle or a car. 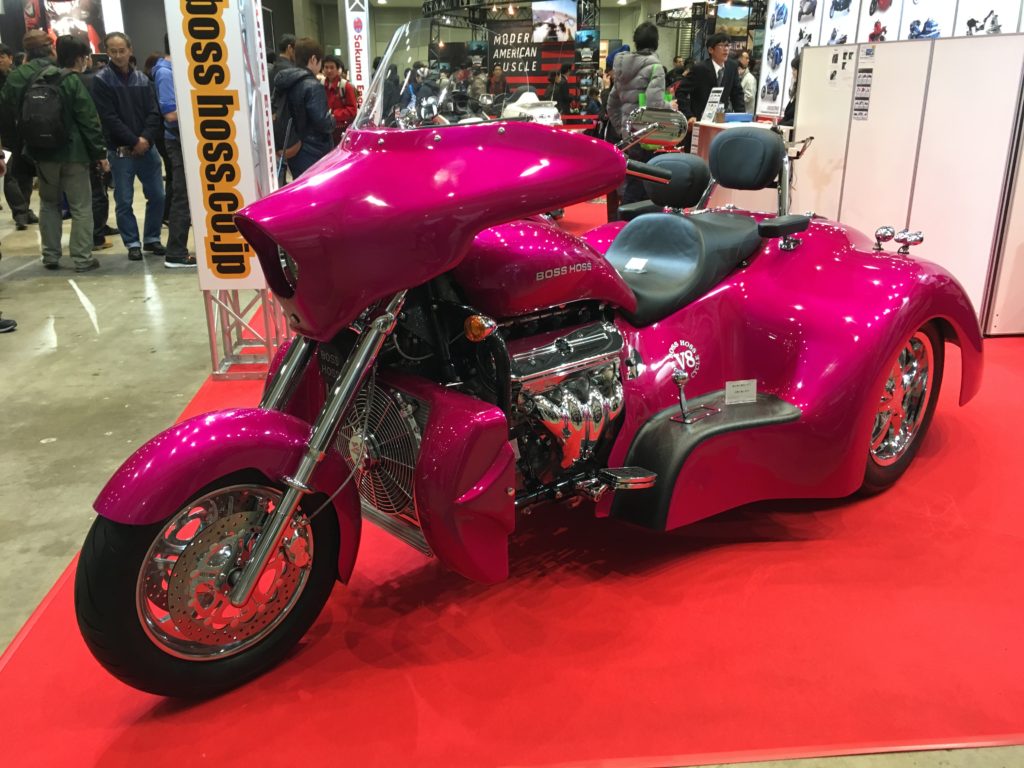 And then, a scooter equipped with a 2-stroke engine composed by 3 cylinders in-line. This scooter is used for dragster races. I wonder how it sounds. 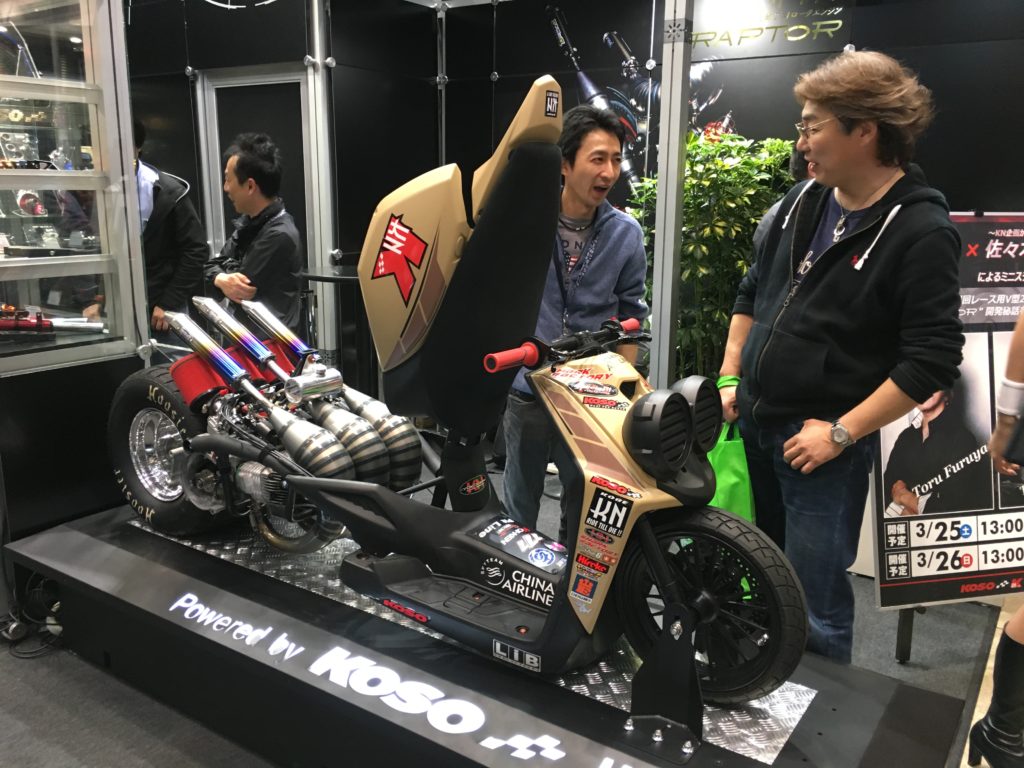 All pictures of Tokyo Motorcycle Show 2017 are available on my Google Photos account (87dadez), at the following link. Check it out.