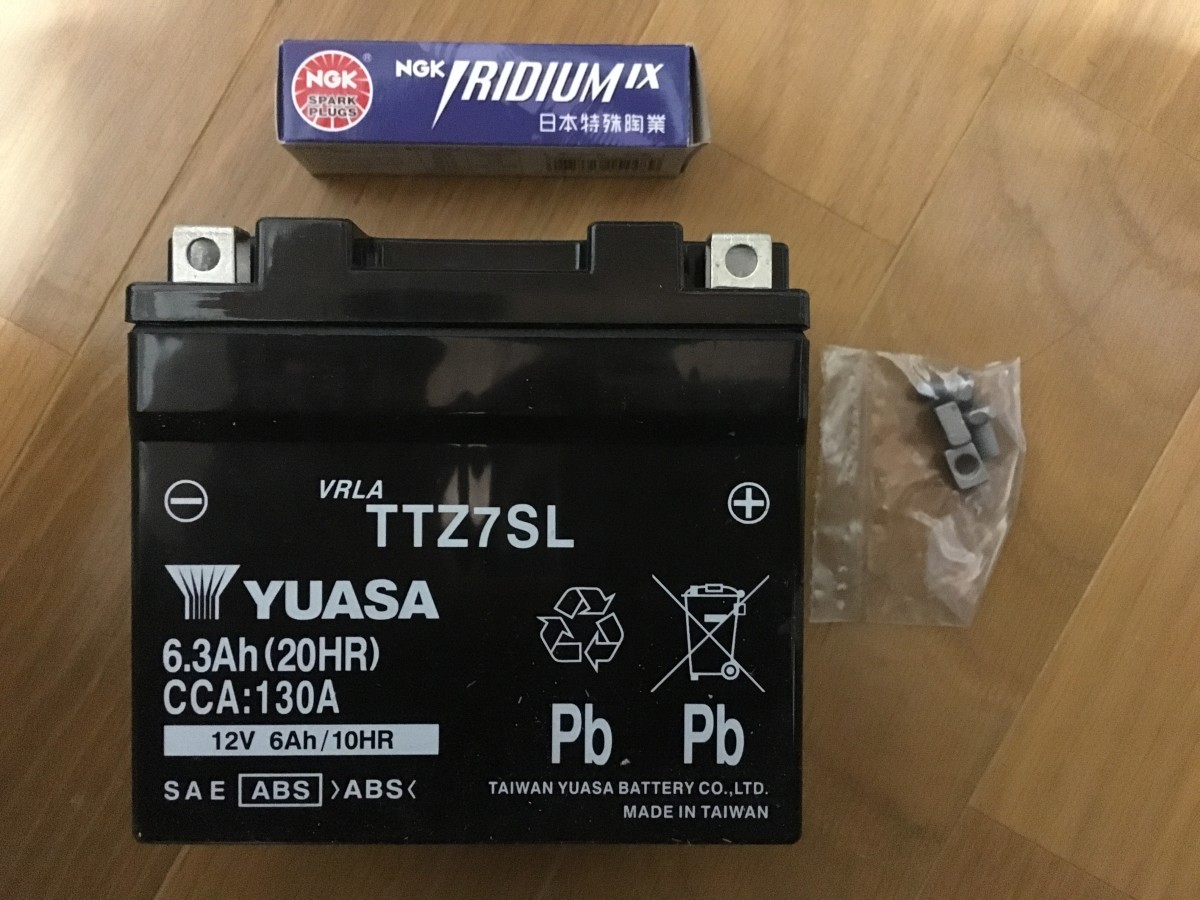 Then, last week, when I tried to start the engine, the battery voltage was dropping so much that even the ECU was resetting. I noticed it because when I pushed the start button, the display and lights shut down, and the display restarted the power-ON check, and also I could hear the sound of the gasoline pump turning ON again (this is usually done when the ECU turns ON - when turning ON the ignition key).

For these reasons, I understood that the battery was close to death. I am not sure about that, but I suppose that the guys who had the motorcycle for 2-3 years before me, never changed the battery.

The characteristics of the TAIWAN YUASA TTZ7SL are the following.

The installation is very quick, and it required just 10-20 minutes, assuming that you have some simple tools such as a hexagonal keys and screwdrivers.

In the following picture, you can see the battery which was installed on the motorcycle before I changed it to the new one. It is written "Maxima Power Battery" (マキシマパワーバッテリー).

1 thought on “Install a new battery on Honda CBR125R”